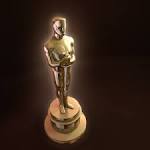 Movies released on online streaming services will be eligible for next year’s Oscars following the closure of cinemas around the globe as a result of the coronavirus pandemic.

A statement from The Academy’s Board of Governing laid out the new ruling, saying:

“Until further notice, and for the 93rd Awards year only, films that had a previously planned theatrical release but are initially made available on a commercial streaming or VOD service may qualify in the Best Picture, general entry and specialty categories for the 93rd Academy Awards under these provisions:

On a date to be determined by the Academy, and when theaters reopen in accordance with federal, state and local specified guidelines and criteria, this rules exemption will no longer apply.  All films released thereafter will be expected to comply with the standard Academy theatrical qualifying requirements.”

Academy President David Rubin and CEO Dawn Hudson, commented: “The Academy firmly believes there is no greater way to experience the magic of movies than to see them in a theater.  Our commitment to that is unchanged and unwavering.  Nonetheless, the historically tragic Covid-19 pandemic necessitates this temporary exception to our awards eligibility rules.  The Academy supports our members and colleagues during this time of uncertainty.  We recognise the importance of their work being seen and also celebrated, especially now, when audiences appreciate movies more than ever.”

For films to more easily meet theatrical exhibition requirements when theatres reopen, the Academy also will expand the number of qualifying theatres beyond Los Angeles County to include venues in additional US metropolitan areas: the City of New York; the Bay Area; Chicago, Illinois; Miami, Florida; and Atlanta, Georgia. The Awards and Events Committee said it will continue to evaluate all matters of rules and eligibility.

The three main US cinema chains – AMC, Regal and Cinemark – have signaled it will be late June or July at the earliest before they reopen.