BT Sport, the exclusive broadcaster of Germany’s Bundesliga, has revealed details of its extensive coverage of this weekend’s resumption of the competition.

BT Sport will bring viewers nine live Bundesliga matches this coming weekend, across May 16th, 17th and 18th. For the remainder of the Bundesliga season, BT Sport will broadcast every match, with at least one match per weekend available in 4K picture quality on BT Sport Ultimate.

BT Sport’s coverage will be presented live from the BT Sport Studio with contributions from home by guests and commentators. Coverage will start on May 16th from 2pm with James Richardson and Raphael Honigstein joined from home by former Bayern Munich and England midfielder, Owen Hargreaves. On May 17th, coverage from the studio will begin at 2.15pm, led by Lynsey Hipgrave and Honigstein from the studio, with Hargreaves from home. Live games will be broadcast on BT Sport 1, BT Sport 2 and BT Sport 3, with over five hours of live coverage on both days. 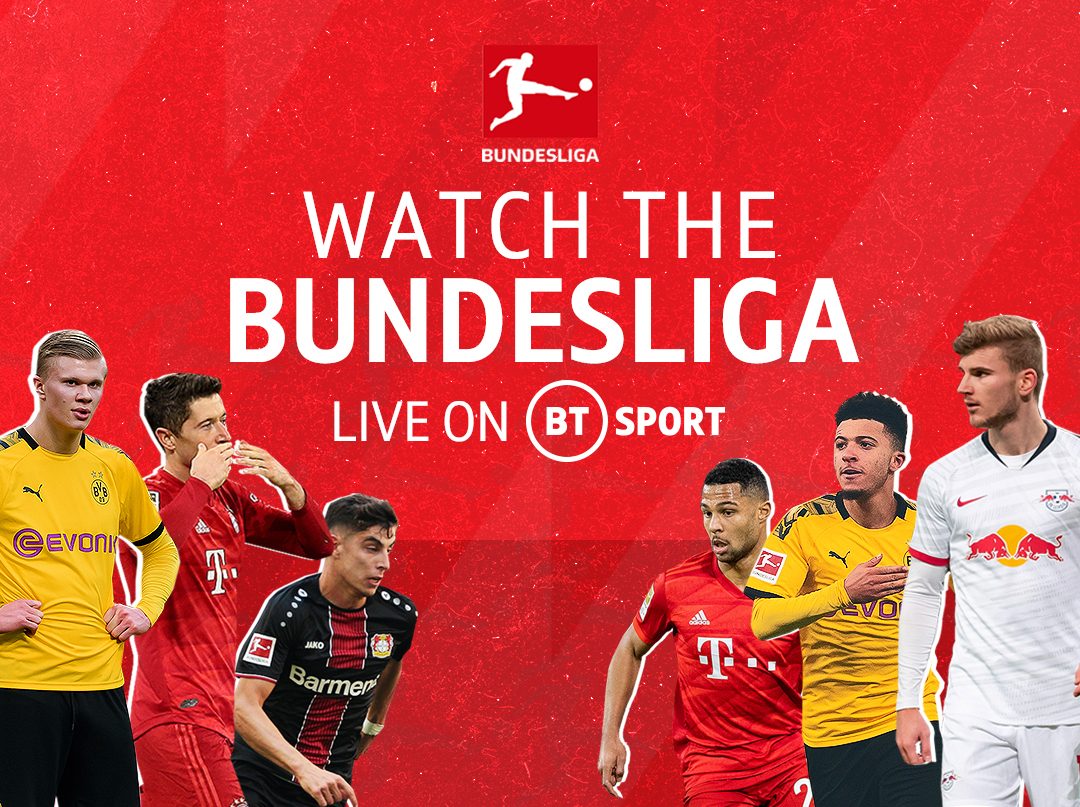 Simon Green, head of BT Sport, said: “It is great news for BT Sport customers that this weekend our customers will be able to watch live football. With the Bundesliga set to return on Saturday, we’re looking forward to bringing customers nine live football matches, including six live matches on Saturday afternoon, plus highlights, feature programmes and analysis. The return of live Bundesliga joins our continued live UFC and WWE. On top of this, viewers can enjoy archive football, rugby and MotoGP and new programming including the BT Sport FIFA Challenge, as well as documentaries from the BT Sport Films series.”

There were rumours that BT Sport could show some games FTA as a nation pines for some live football action. But the broadcaster has shared no details thus far that support those rumours.