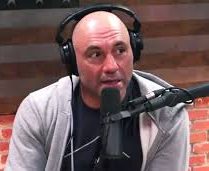 The Joe Rogan Experience, one of the most popular podcasts in the world, is coming to Spotify via a multi-year exclusive licensing deal. The talk series has long been the most-searched-for podcast on Spotify and is the leading show on practically every other podcasting platform. And, like all podcasts and vodcasts on Spotify, it will remain free and accessible to all Spotify users.

Since its launch in 2009, The Joe Rogan Experience (JRE) has broken ground and built one of the most loyal and engaged fan bases in the world. Rogan brings his sensibilities as a stand-up comic to the show, and alongside dynamic and diverse guests, he fearlessly broaches far-ranging topics including neuroscience, sports, comedy, health, infectious disease, and our ever-changing culture.

In addition to the wildly popular podcast format, JRE also produces corresponding video episodes, which will also be available on Spotify as in-app vodcasts.

The JRE will debut on Spotify on September 1st and become exclusively available on the platform later this year.