The Legend of Sergio Ramos on Prime Video in 2021

Amazon Prime Video has announced the return of the Spanish football icon, Captain of Real Madrid and the Spain’s National Football team, Sergio Ramos, with a new docuseries following the success of the 3 Daytime Emmy Award nominee El Corazon de Sergio Ramos. The Legend of Sergio Ramos will launch exclusively on Prime Video in 2021 in more than 240 countries and territories.

This six-episode docuseries will showcase the milestones of Ramos’ legendary career, kicking off with his most defining moments. The series will capture both moments of glory as well as disappointments.

“I’m thrilled to continue sharing my story with all my fans, showing new moments of joy, sorrow and excitement that are part of my professional and personal life and that have helped me become the person I am today,” declared Sergio Ramos. “After El Corazón de Sergio Ramos, this new docuseries will take a deep, honest and close look into my career to show what has happened over these last years.” 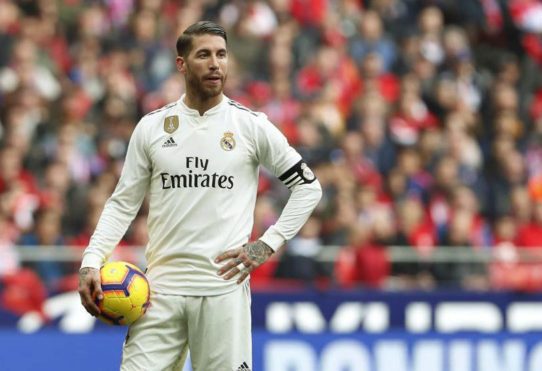 “After the success of El Corazón de Sergio Ramos, we are delighted to be working with Sergio and his family again to give fans another fantastic glimpse behind the scenes. We are incredibly grateful that once again Sergio has let us in to his life,” said Georgia Brown, Director of the European Amazon Original Series, Amazon Studios. “We would also like to thank Real Madrid, Spanish Football Federation and Sergio’s family for collaborating with us on this new production that will surprise Prime members with a deeper look into Sergio Ramos’ legendary status.”

The Legend of Sergio Ramos started production at the beginning of the year, which was paused due to Covid-19, and will resume in the upcoming months following the latest health and safety guidance. This docuseries is an Endemol Shine Iberia production, executive produced by Javier Pereira and directed by José Rueda.