Filming on Sky’s entertainment series There’s Something About Movies and A League of Their Own is set to start this month, with both shows landing on screens later this year.

The shows will film without a live audience for the first time but will still include the fan-favourite segments, and challenges have already started filming that will be aired throughout the series. 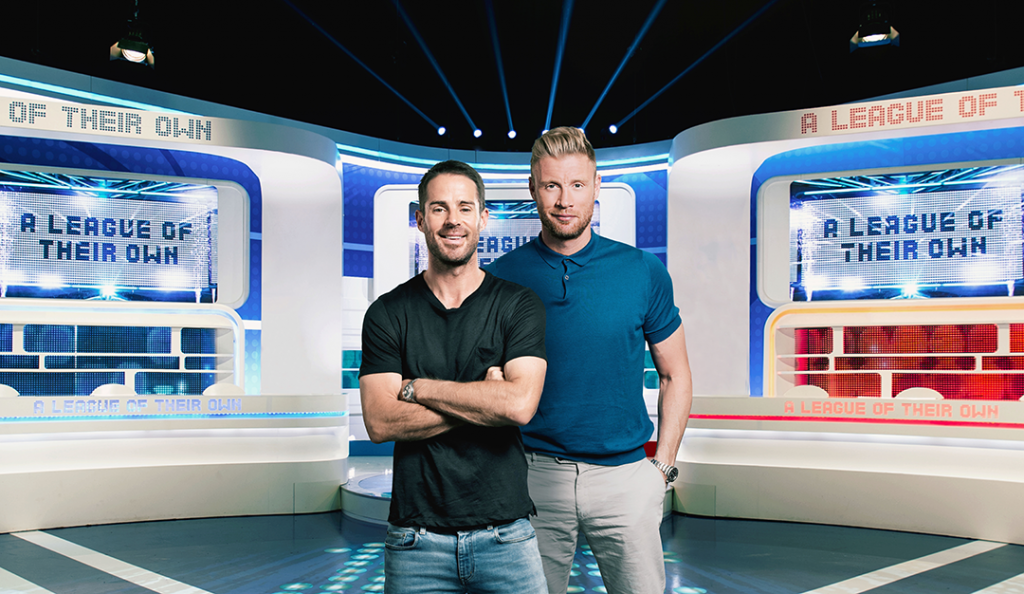 There’s Something About Movies, produced by CPL Productions, a Red Arrow Studios company, and Motion Content Group, starts filming its third series with Alan Carr as host once again with Jennifer Saunders and Michael Sheen returning as team captains. They’ll be joined by Tom Allen, as well as stars of the big screen and guests from the world of entertainment for a feast of film trivia, movie insights and the infamous re-enactments.

Carr said: “Not only am I really excited to be able to leave the house but also I am buzzing to get started on series 3 of There’s Something About Movies, boy have I missed mucking around with Tom Allen, Jennifer Saunders and Michael Sheen and although going to the cinema seems like a distant memory, we will be doing our best to recreate some of the movie magic that we’ve all been missing this summer.”

The upcoming 15th series of A League of Their Own will be the first in a new three series extension deal between Sky and production company CPL Productions. The show has been a stalwart in Sky’s entertainment portfolio over the past decade and one of the most popular shows on the Sky One.

Co-stars Jamie Redknapp and Freddie Flintoff said in a joint statement: “We can’t tell you how good it feels to be getting back to the studio. We love this show and CPL and Sky have done everything possible to make this happen. There’ll be challenges we can’t wait to get stuck into and we’re sure we’ll be kept on our toes.”

Barbara Lee, Commissioning Editor at Sky, said: ”We all need some joy in our lives so we are excited to start production on two of our customers’ most loved shows: A League of Their Own and There’s Something About Movies. We have worked extremely hard to ensure safety measures are in place to safeguard our guests and the people making the series. These are specifically tailored to the production needs and we are confident we will deliver two stellar shows for our viewers to enjoy.”

Tags: A League of Their Own, Freddie Flintoff, Jamie Redknapp, sky, There’s Something About Movies