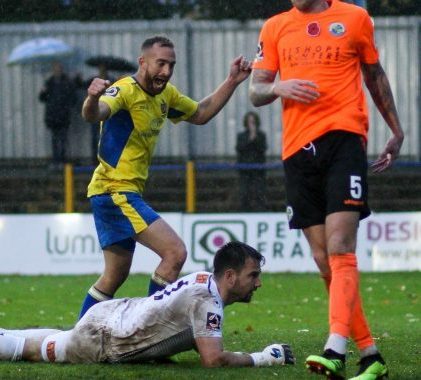 In partnership with BT Sport and Sportradar, each of the ten season-defining games will be shown exclusively live on a brand new platform, available to an audience across the world.

The action starts on July 19th with four Vanarama Eliminators, with amended start times of 1.30pm and 4pm.

“Due to matches being played behind closed doors, confirming a broadcast solution for fans has been an important part of our play-offs preparation,” commented National League Chief Executive Michael Tattersall. “This pioneering streaming service will create an opportunity for exposure of the competition on a global stage. We would like to thank existing partners BT Sport and Sportradar for their support during this process. The announcement adds to the already growing excitement that play-off action brings. To ensure a safe environment for National League play-off matches to be played in, we urge supporters to not congregate at the grounds”.

Details of how supporters can gain access to the matches will be released shortly.

Elimination Round- Match A – Altrincham vs Chester

Elimination Round- Match B – Brackley Town vs Gateshead

Semi Final – York City vs Winner of Match A

Semi Final – Boston United vs Winner of Match B

Elimination Round – Match A – Slough Town vs Dartford

Elimination Round – Match B – Bath City vs Dorking Wanderers

Semi Final – Havant & Waterlooville vs Winner of Match A

Semi Final – Weymouth vs Winner of Match B