Universal and AMC Entertainment have announced a new multi-year agreement that will see Universal films exhibited in AMC Theatres in the US for a much shorter window before being made available to rent in homes, transforming the way Hollywood has done business for decades.

The agreement includes at least three weekends (17-days) of theatrical exclusivity for all Universal Pictures and Focus Features theatrical releases, at which time the studio will have the option to make its titles available across premium video on demand (PVoD) platforms, including through AMC Theatres On Demand.

In the coming weeks, the two companies will begin discussions surrounding international distribution agreements in the countries in Europe and the Middle East served by AMC.

The companies said they reached this agreement based on their shared commitment to a mutually beneficial long-term partnership that is focused on serving consumers worldwide, while preserving and enhancing the theatrical experience.

Notable Universal movies in the pipeline include Candyman, The Croods 2, Jurassic World: Dominion, Minions: The Rise of Gru (pictured), F9 and Halloween Kills. 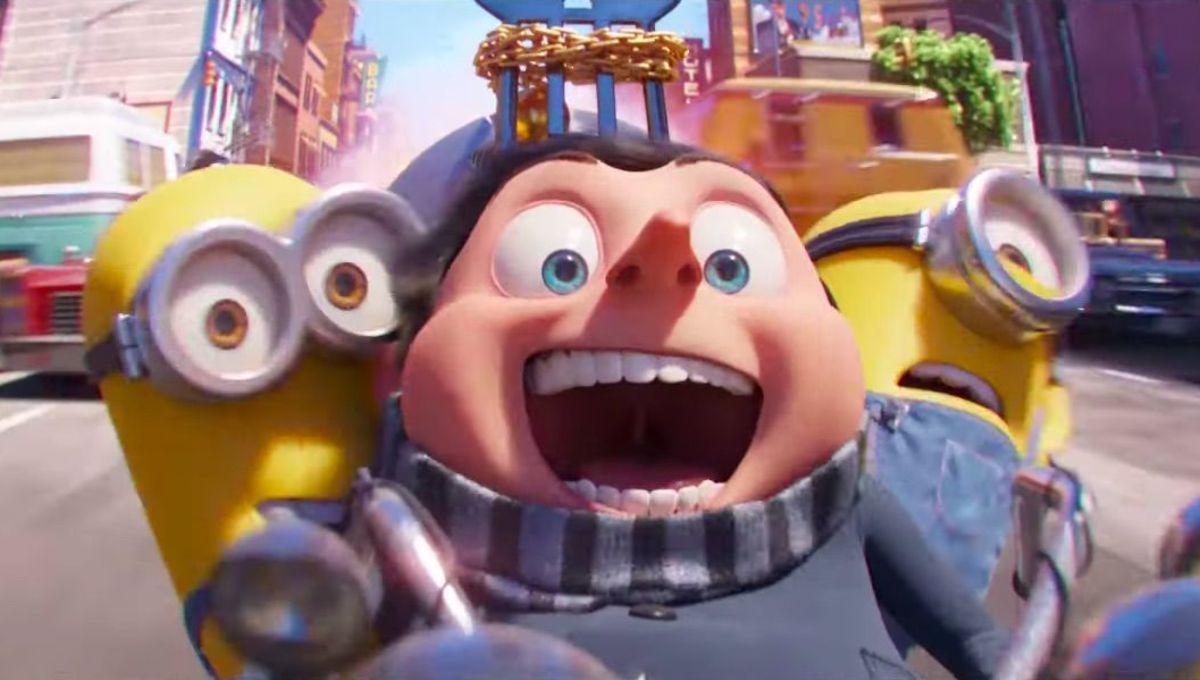 Said Donna Langley, Chairman, UFEG, said: “The theatrical experience continues to be the cornerstone of our business. The partnership we’ve forged with AMC is driven by our collective desire to ensure a thriving future for the film distribution ecosystem and to meet consumer demand with flexibility and optionality.”

Vice Chairman and Chief Distribution Officer of UFEG Peter Levinsohn, who led negotiations on behalf of the studio, added: “Universal’s commitment to innovation in how we deliver content to audiences is what our artists, partners and shareholders all expect of us, and we are excited about the opportunity this new structure presents to grow our business. We are grateful to AMC for their partnership and the leadership they have shown in working with us to reach this historic deal.”

Commenting on the agreement, AMC CEO Adam Aron said: “AMC enthusiastically embraces this new industry model both because we are participating in the entirety of the economics of the new structure, and because premium video on demand creates the added potential for increased movie studio profitability, which should in turn lead to the green-lighting of more theatrical movies. This multi-year agreement preserves exclusivity for theatrical viewing for at least the first three weekends of a film’s release, during which time a considerable majority of a movie’s theatrical box office revenue typically is generated. AMC will also share in these new revenue streams that will come to the movie ecosystem from premium video on demand. So, in total, Universal and AMC each believe this will expand the market and benefit us all. Focusing on the long-term health of our industry, we would note that just as restaurants have thrived even though every home has a kitchen, AMC is highly confident that moviegoers will come to our theatres in huge numbers in a post-pandemic world.

“As people enjoy getting out of their homes, we believe the mystical escape and magical communal experience offered at our theatres will always be a compelling draw, including as it does our big screens, big sound and big seats not to mention the alluring aroma of our perfectly prepared popcorn. Universal and AMC have partnered in bringing stellar movies to moviegoers for a full century. With this historic industry changing agreement, together we will continue to do so and in a way that should drive success for us both,” he added.

The full terms of the deal are confidential and are not being disclosed.