Children continue to turn their attention to video gaming, with its role taking an ever-more influential position in the daily habits and pursuits of 3 to 16-year-olds. While the lure of gaming was appealing before the Covid-19 pandemic, the latest wave of Kids Tech consumer research from Futuresource shows that two in every three children have increased their time spent playing video games, with China leading the trend.

As children allocate more of their leisure time to gaming, it has become an integral part of the wider entertainment market, accounting for 31 per cent of total entertainment content spend in 2019. This year, Futuresource expects gaming software to grow at 8 per cent in value terms, up from 6 per cent in 2019. And although there has been a general uptick across all areas of gaming, mobile gaming has seen the greatest revenue boost during 2020. This underlines the rise of casual gaming and hints at further opportunities as the market moves forward.

The Kids Tech fieldwork, carried out in June 2020, surveyed more than 10,000 children across Brazil, China, France, Germany, Mexico, UK and the US. Quotas were set against age and gender, ensuring the study provided accurate, representative insights into the digital lifestyles of children in all the chosen countries, as well as allowing international comparisons. The Kids Tech study also reaches into the wider trends of children’s digital behaviour across education, music, apps, video, social media and devices. 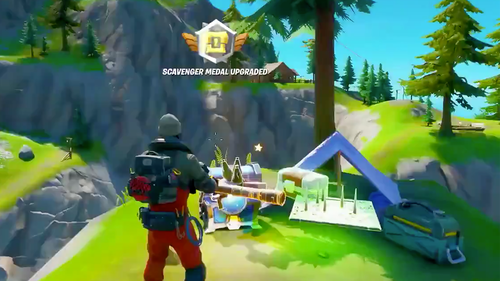 The report found that as children get older, they begin to invest even more time in gaming, with 60 per cent of older children in the 13 to 16-year age bracket having their own console. Furthermore, nearly half of all 11 to 12 year-olds own a console, compared to one-in-three of those in the 7 to 10-year-old age bracket. Older children are also more likely to game every day. Not only is gaming a leisure pursuit in its own right, but it has also become an important way to connect with friends, particularly as social distancing orders have closed schools for the majority of the year. This has been amplified for older children who are used to having an active social life outside the house. As a result, ownership has not only become a rite of passage, but also an important means of staying connected with the world during the pandemic.

Action and strategy are the most popular genres overall. However, drilling down into the geographies, puzzle games are the number one genre in China, followed by role play and in Mexico strategy games lead the pack followed by racing games. On the whole, gaming remains an entertainment-driven pastime for children, though the importance of educational games should not be understated, with the Kids Tech research highlighting that 61 per cent of children play educational games.

Although it cannot replace a classroom education, it is an important way to learn and play while the school doors remain closed. Popular game franchises such as Minecraft, which holds the number one or number two slot in all countries except France, have sought to turn the tide on this concern through releasing educational variants of their games.

In the US there are initiatives to incorporate gaming and esports into classroom learning, gamifying learning through interactive programs and helping to foster interests in increasingly important practical disciplines, such as computer science.

Not only are children purchasing gaming titles, they are increasingly buying into subscription services as well. Overall, just over 30 per cent of those surveyed are subscribed to a gaming content service, rising to nearly half in the US, with Xbox Game Pass leading the way by a wide margin. More boys than girls are subscribed to a gaming service, though both sexes are more likely to subscribe as they get older.

Subscription gaming content services are also a key weapon in the battle of the next generation consoles. Microsoft is focusing on the development of cross platform video game options, while Sony has stayed faithful to its existing model of driving revenues from exclusive content and hardware. With high levels of subscription adoption from younger consumers likely to be forming long-lasting content access habits, its clear to see a future for this type of revenue stream.

Video gaming isn’t only about participation. Over half of the children surveyed also watch competitive gaming or gameplay streaming on influencer channels. YouTube and Twitch continue to be the most popular websites to watch content, with Douyu leading in China. It’s a bustling industry of gaming video content, growing off the back of gaming’s success. Gameplay streaming and esports are both becoming big business, particularly in younger age groups. What’s more, the interest in watching gameplay streaming or gaming competitions has driven a strong advertisement market. As Gen Z and millennials are difficult-to-reach and lucrative segments, the rising use of sponsorship and advertisement has only made this market stronger. As well as appealing to children as a spectator sport, watching gameplay may also allow them to spend more time in the world of gaming. Nearly 80 per cent of parents set limits on the amount of time their children spend gaming, far more than all other online activities.