This summer, Amazon Prime Video brings live global tennis back to fans in the UK and Ireland, including the US Open Grand Slam. The action begins with the WTA tour’s 31st Palermo Ladies Open, which is taking place now until August 9th. 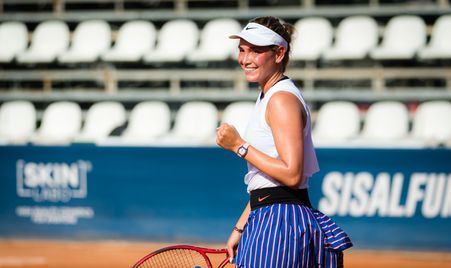 “We’re excited to be bringing back live, global tennis, including the ATP, WTA and US Open, to Prime Video customers in the UK & Ireland at no extra cost to their Prime membership,” commented Alex Green, MD Prime Video Sport Europe. “We know that fans across the UK and Ireland have been missing live tennis, especially during the summer. Viewers can look forward to the return of our studio coverage with first-class presenters and commentators across both men’s and women’s tours, all in one place on Prime Video.”

Customers will have access to full, uninterrupted, live coverage from every televised court, all match replays, and highlights on demand from tournaments across the season, including the upcoming US Open Grand Slam, ATP Masters 1000s and WTA Premier Mandatories, as well as ATP 500s and 250s, and WTA Internationals, Premiers and Premier 5s. Coverage will be available to watch with the Prime Video app on TVs, mobile devices, games consoles, set-top-boxes, Amazon Fire TV, Fire TV Stick, Fire tablets, or online.