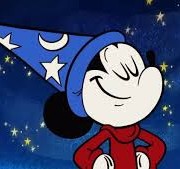 The SVoD platform offers original movies and series, and thousands of television episodes from Disney, Pixar, Marvel, Star Wars, National Geographic, The Simpsons and more, Disney+ is the streaming home for some of the world’s most iconic brands.

“We have surpassed 60.5 million paid subscribers globally, and today we continue our international expansion with the launch of Disney+ in eight countries. As a major force in the global direct-to-consumer space we’re bringing high-quality, optimistic storytelling that you expect from our brands to even more people” said Rebecca Campbell, Chairman of Walt Disney Direct-to-Consumer and International.

Meanwhile, Mickey Mouse and friends are heading to Disney+ in an all new-animated shorts series titled The Wonderful World of Mickey Mouse.