Bryce Space & Technology have created a graphic which explains and details the overall space and satellite industry, and broken down into its various component parts.

While the television-related segment is worth a massive $92 billion, an even greater value is placed on the ‘sat-nav’ industry (when chipsets and navigation devices are included) of $97.4 billion. However, add in the value of ‘Fixed Satellite Services’ ($17.7bn) and the TV segment would take the top spot.The US government gets its own component and is valued at $57.9 billion and incorporates NASA ($20.8bn) while the US Air Force’s space-related activity is worth $12.9bn.

Non-US governmental activity is worth $35.6 billion with the two main players identified as ‘Europe’ at $12 billion and ‘China’ at $11 billion.

Smaller segments listed include ‘Satellite Radio’ (at $6.2 billion) while broadband-by-satellite is valued at $2.8 billion.

Satellite manufacturing is valued at $12.5 billion while launch services are calculated as being worth $4.9 billion. 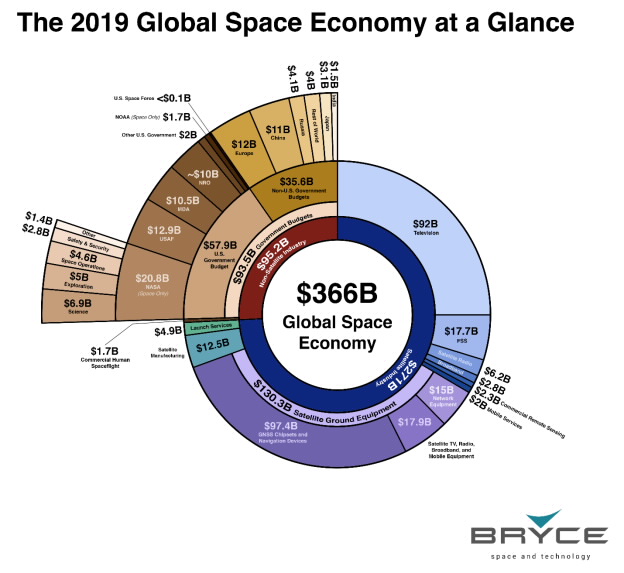