McQueen’s Small Axe to premiere on BBC One, iPlayer

BBC One has announced that Mangrove, the first film from Steve McQueen’s Small Axe collection of films, will premiere on BBC One and iPlayer on November 15th.

The five original films that make up the Small Axe collection by Academy Award, Bafta and Golden Globe-winning filmmaker, McQueen will air weekly on BBC One. The series will also air on Amazon Prime Video in the US.

Set from the late 1960s to the mid-1980s, the films each tell a story involving London’s West Indian community, whose lives have been shaped by their own force of will, despite rampant racism and discrimination.

McQueen commented: “The seed of Small Axe was sown 11 years ago. Initially, I had conceived of it as a TV series, but I realised these stories had to stand alone as original films, yet at the same time be part of a collective. The anthology, anchored in the West Indian experience in London, is a celebration of all that that community has succeeded in achieving against the odds. Although all five films take place between the late 1960s and mid-80s, they are just as much a comment on the present moment as they were then. They are about the past, yet they are very much concerned with the present. A commentary on where we were, where we are and where we want to go.” 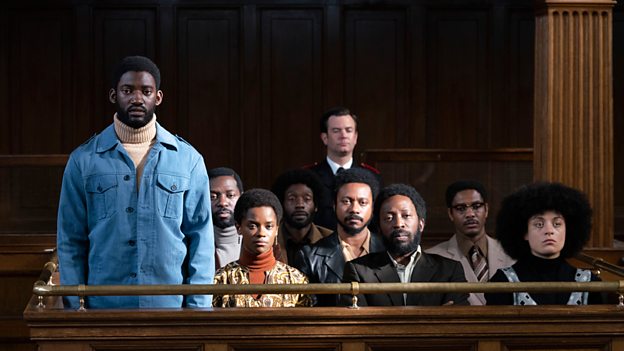 Lucy Richer, Senior Drama Commissioner and Executive Producer for the BBC, added: “It has been an honour to work with Steve to bring Small Axe to screen. With his visionary genius as a filmmaker he has made incredible, life-changing, life-affirming films which tell burning stories from our past and blaze a trail for the future. These inspiring films of truth and powerful purpose celebrate ordinary lives, and we are delighted to bring them to BBC One and BBC iPlayer this November.”

Small Axe has been executive produced by Tracey Scoffield and David Tanner for Turbine Studios and McQueen for Lammas Park. Mike Elliot is producing for EMU Films with Turbine and Anita Overland. The executive producers for the BBC are Richer, Senior Commissioning Editor for Drama and Rose Garnett, Director of BBC Film.

Amazon Studios is co-producing within the US. BBC Studios are the international distributors and are handling global television sales.