Research: Global pay-TV subs up, but revenues down

Despite poor results in some countries, there is still plenty of life left in pay-TV. Digital TV Research forecasts 34 million additional pay-TV subscribers between 2019 and 2025. This takes the global total to 1.06 billion. The number of pay-TV subscribers passed 1 billion in 2018. 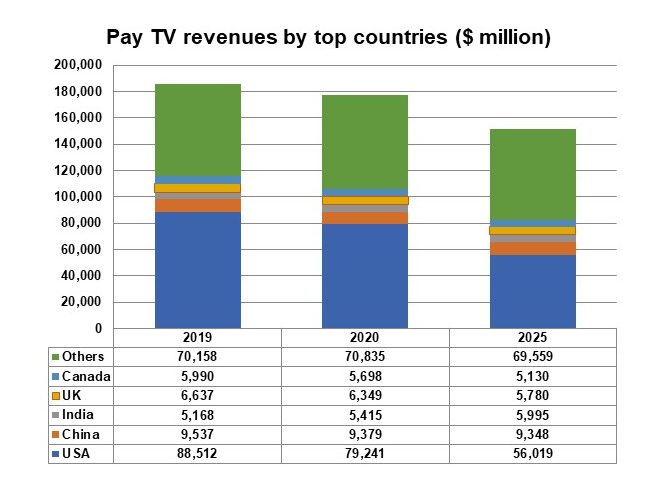