UK retailer Currys PC World conducted a study into the evolution of television to investigate just how much the world of TV has changed and adapted over time. Here are a few of the key takeaways:

Broadcast TV is on the decline, but the British public are embracing a multitude of new ways to watch

But, while 84 per cent of Brits still prefer to watch on a television set, two in five 16-24-year-olds say they’d rather watch on a non-TV device. What’s more, over 15 million households now have at least one SVoD (subscription video on demand) service and 6 per cent less Brits describe watching TV as “family time” now than 10 years ago.

In terms of the content itself, genres have shifted in popularity over time. Based on the top-rated programmes of each year, entertainment was the leading TV genre in the 60s, with programmes such as the Eurovision Song Contest and The Mike Yarwood Christmas Show stealing the show. Today we prefer reality TV, such as the Great British Bake Off, which topped the most-watched list on two different years in the 2010s. 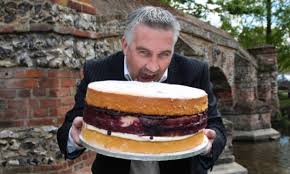 It is leisure that has seen the biggest growth in demand though, demonstrating a huge 870 per cent increase in broadcast hours between 2012-2019.

With a national lockdown confining us to our homes, many people sought solace in TV.

During the peak lockdown period (April), the British public watched 34 minutes more live broadcast TV and 37 minutes more of SVoD content a day than they did at the same time the year before. And, as well as watching more TV during this time, they also reported watching it at different times of the day. One in 10 Brits confessed to being more likely to watch TV in the middle of the day than pre-lockdown and 4 per cent more people watched late into the night.

The type of content being watched also differed, with over a quarter reporting watching more news (28 per cent) and drama (27 per cent), and a fifth turning to comedy (21 per cent) and documentaries (18 per cent) more often.

All sorts of factors can impact the TV industry’s revenue, including technological advancements and world events such as the Covid-19 pandemic and consequential economic recession.

TV advertising has been one of the largest sources of revenue for the UK TV industry since its debut in 1955. While it has taken a huge hit over recent months – as many advertisers chose to cut their spend in uncertain times – TV advertising was already on the decline before this. Revenue was £4.3 billion in 2015, before dropping to £3.7 billion in 2019.

In terms of the cost of TV sets themselves, they have become a much more affordable commodity. With inflation considered, TVs in the 1960s were worth the equivalent of £6,000 or more. Today, this figure is closer to the £1,000 mark.

Some minority groups remain underrepresented in the UK TV industry

Historically, minority groups have been underrepresented both on-screen and behind the scenes in the UK TV industry. Unfortunately, today, some groups remain underrepresented or are not offered the same opportunities as others.

Thankfully, largely in response to the recent Black Lives Matter movement and other inclusivity campaigns, UK broadcasters have pledged to take action to diversify their content and workforces.

The BBC, for example, has committed £1 million to produce “diverse and inclusive content”. Meanwhile, ITV has set a target that 15 per cent of managers and staff should be from a minority ethnic background by 2022. Sky claims to have “exceeded” its target for 20 per cent minority ethnic representation in the workforce and Viacom (owner of Channel 5 and MTV) also has a relatively strong record on diversity, with 20 per cent of staff coming from a BAME background. Channel 4 also launched a strategy in 2018  – 4 All The UK – to ensure that their content serves the whole of the UK in a representative way.