Founded in 2019 by TriCoast TV, a full-service media company based in Los Angeles, Dark Matter TV was, until now, available as an AVoD app in the US, Africa and Southeast Asia. The new linear channel is available on VIZIO platform in the US as Free Ad-Supported TV (FAST) content.

“Linearization of streaming content is the next big trend in a fast-changing media and entertainment landscape. As consumers flock to FAST platforms, those with niche and exclusive content will be able to attract both viewership and advertising,” said Marcy Levitas Hamilton, CEO of Dark Matter TV. “By partnering with Amagi, we have unlocked enormous possibilities of distributing our content to leading streaming TV and CTV platforms in the US and other global markets. It assures us of a strong technology base which can scale effortlessly in a short amount of time”. 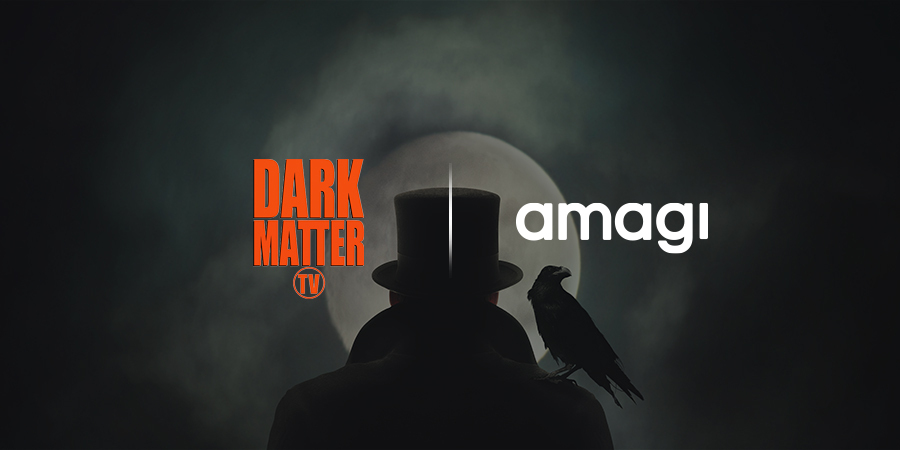 Dark Matter TV has more than 300 titles including exclusive collections such as Mind-Benders & Mad Scientists, Little Green Men, Cults, & Conspiracies, Viral & Infectious, and True Crime: Killer Content. Classics like Night of the Living Dead and House on a Haunted Hill and 2016’s horror hit, The Love Witch are some of its prized movie library titles. Using Amagi’s award-winning SaaS-based cloud playout platform, CLOUDPORT, Dark Matter TV is able to ingest all of its content onto the AWS cloud. Through a simple-to-use Web UI, Dark Matter TV can manage content, playlists, schedule linear programming, add dynamic graphics and create a broadcast-grade linear channel. It is now future-ready to expand its footprint to other streaming TV platforms.

“Amagi gives content owners like Dark Matter TV the power to scale operations in a flexible and cost-effective way. We have deep technical integration with leading OTT and CTV platforms in the US and other regions. With us, Dark Matter TV has a technical partner who can support linear channel creation, distribution and monetization – all under one roof,” said Srinivasan KA, co-founder, Amagi.