Report: More European than US films make it to VoD

A European Audiovisual Observatory report looks at how many films released in European cinemas since 1996 made it to VoD.

The report illustrates the complex relationships between the release of films in cinemas and on VoD. Author Gilles Fontaine, Head of the Observatory’s Department for Market Information, underlines that this relationship is one of “cooperation rather than competition: Cinema boosts VoD presence, while VoD opens up new markets to less successful films.” 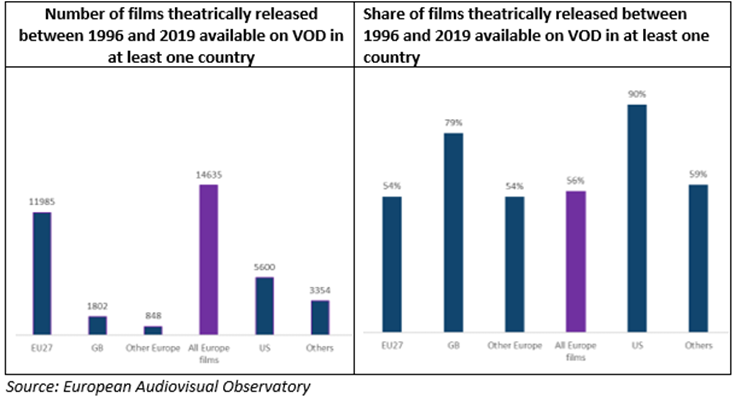 (Go to View Image to enlarge)

The interplay between cinema and VoD release seems to be twofold: