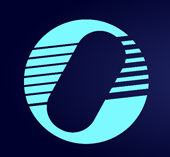 The UCI Track Champions League – the project for which was presented in March 2020 under its working title UCI Track Cycling World League – seeks to be one of the most exciting and dynamic events on the cycling calendar. It aims to expand the global fanbase of the track discipline through fast, shorter-format racing where every race matters, the stakes are high and only the best athletes qualify.

The brand identity reveal is the first step that the UCI and Eurosport Events are taking together to reinvent the profile of track cycling. The companies say the name ‘UCI Track Champions League’ reflects a joint commitment to the prestige of elite sporting competition in each race. The bold circular logo depicts the track itself, with diagonal lines overlaid across it to convey the high speed of riders around it.

With interest in track cycling naturally reaching a high during any Olympics Games, the UCI Champions League will ultimately be the culmination of an incredible year for the discipline. From Tokyo for the postponed 2020 Olympics in August, to Turkmenistan for the UCI Track Cycling World Championships in October, and finally to six iconic velodromes in Europe for the UCI Track Champions League, the best international sprint and endurance riders are set to take centre-stage in the cycling world.

The UCI and Eurosport Events reviewed the schedule for the inaugural season – originally set to start in November 2021 and end in February 2022 – announced earlier this year. Today they have confirmed that the UCI Champions League will instead be held across six consecutive weekends between November and December 2021.

The new shorter schedule mirrors the action-packed format of the racing itself. Male and female athletes will battle it out to emerge as champions in a compelling programme of Individual Sprint, Keirin, Elimination and Scratch races. Races will all be completed in one day and broadcast over a two-hour regular slot over the six weekends. The revised schedule will allow the stakes to heat up on the track and keep fans invested in the story of the competition week after week.

Acting as official ambassadors of the UCI Track Champions League will be two legends of track competition at an Olympic and International level: Kristina Vogel and Sir Chris Hoy MBE. Vogel, from Germany, is an eleven-time UCI World Champion and has won two gold medals and a bronze medal at the Olympic Games. Hoy, from the UK is the most successful track cyclist in history, with 6 Olympic golds, 11 World titles and 34 World Cup golds to his name.

Vogel and Hoy will be participating in the broadcast of the 2021 UCI Track Champions League on Eurosport, and its sister streaming platform Global Cycling Network. The joint production team, who are responsible for broadcasting the most famed races on the cycling calendar, will give millions of viewers access to innovative, fan-first digital content.

UCI President, David Lappartient declared: “Today, together with our partner Eurosport Events, we are pleased to present the name, logo and ambassadors of the future track cycling circuit, specially designed for television fans. From November to December 2021, the UCI Track Champions League will bring together the world’s best sprinters and endurance specialists over six closely spaced weekends in short formats, with the aim of broadening the discipline’s audience to a new, thrill-seeking public. With its strong visual identity, its legendary ambassadors, and its compact calendar, the new track competition promises to bring a breath of fresh air to a historic discipline of our sport and the Olympic and Paralympic Games.

François Ribeiro, Head of Eurosport Events said: “Last March 1st, at Berlin UCI Track Cycling World Championships, Discovery and UCI took a long-term joint commitment to bring track cycling into a new dynamic under a revamped sporting format. The Covid-19 pandemic did not affect that ambition: 12 months ahead of kick-off by November 2021, we are super excited to reveal UCI Track Champions League identity. That brand says it all: highest sporting standards, designed for champions only, spectacular venues, unique on-event experience, global coverage. 2021 will be a big year for international track cycling: Olympic Games in August, World Championships in October, and UCI Track Champions League with 6 events over November and December, possibly in Europe only for the first season. As a promoter, Eurosport Events and GCN are aiming to create each year a strong climax for track cycling, away for road season, with an intense narrative for fans.”