Seizure warrants have been executed against three domain names of commercial websites engaged in the illegal reproduction and distribution of copyrighted works in support of a Brazilian-led takedown of digital piracy sites there, dubbed ‘Operação 404’ [Operation 404].

“By seizing these domain names, law enforcement has disrupted the unlawful reproduction and distribution of thousands of pirated television shows and movies, while also cutting off the profits to unlawful actors willing to exploit the hard work of others for their own personal gain,” said Acting Assistant Attorney General Brian C. Rabbitt of the Justice Department’s Criminal Division. “The Justice Department, together with our international law enforcement partners, will continue to take enforcement actions to identify, seize, and disable these sites wherever they exist around the globe.” 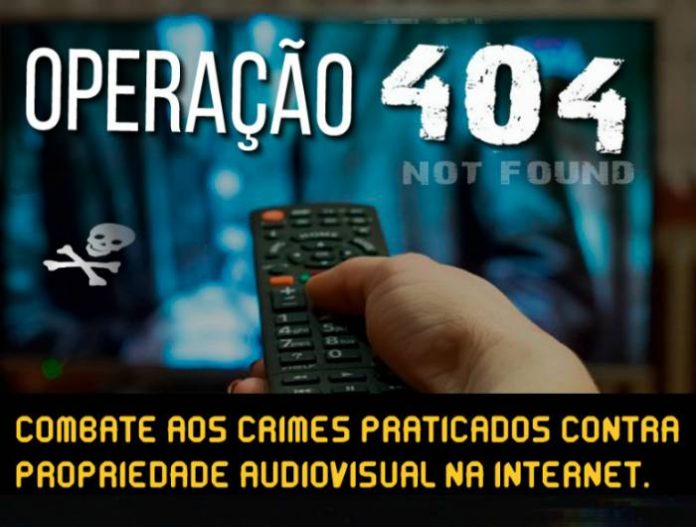 “Illegal streaming is not a victimless crime,” declared Derek Benner, Executive Associate Director for US Immigration and Customs Enforcement’s Homeland Security Investigations (HSI). “It harms the content creators of the shows that you know and love, and feeds a criminal enterprise whose profits support organised criminal endeavours. Now more than ever, the partnerships between the creative industry and law enforcement agencies are essential to combat digital piracy and protect consumers. The collaborative nature of this investigation is representative of the ongoing work HSI conducts with its international law enforcement partners to proactively identify, target and investigate individuals who violate US intellectual property rights laws.”

According to the affidavit in support of the seizure warrants, each of the three domains—megatorrentshd.biz, comandotorrentshd.tv, and bludv.tv—offered “free access to copyrighted content to website visitors all over the world, including released and pre-release feature-length movies and television shows”.

The seized domains are in the custody of the federal government. Visitors to the sites will now find a seizure banner that notifies them that the domain name has been seized by federal authorities and educates them that wilful copyright infringement is a federal crime.

The Justice Department thanks its Brazilian partners at SEOPI and the MoJPS, the City of London Police Intellectual Property Crime Unit (PIPCU), and its domestic partners at the US Attorney’s Office for the Eastern District of Virginia, HSI’s Washington D.C. field office and ICE HSI Attaché at the US Embassy in Brasilia, Brazil, for its assistance and collaboration in this matter.