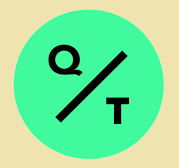 Bloomberg Quicktake has launched a 24/7 streaming news network with programming featuring ten original series and four live daily news shows. The news network will provide a global view on the biggest stories for a new generation of leaders and professionals. It will cover a broad range of subjects spanning business, technology, culture, society, personal finance, politics, climate, and the business of sports, food, travel, and entertainment.

Bloomberg Quicktake will report on global stories through the lens of business, backed by Bloomberg’s newsroom of 2,700 journalists in 120 countries.

“Quicktake’s arrival on streaming disrupts the traditional broadcast TV news model — from the types of stories it covers to the modern look and feel of the network, and the distribution centered around social and streaming,” said Justin B. Smith, CEO of Bloomberg Media. “Our vision for Bloomberg Quicktake has always been to create a network of record for this era. Now expanding beyond its roots in social, it will be the network to watch for the business-minded consumer who seeks a deeper understanding of the global stories that impact their lives.”

“In a time of unprecedented global change, there’s never been a more critical  time for quality business news and explanatory journalism. The Bloomberg Quicktake network will provide a new lens on the world, with smart, quick takes on the most important news across business, and deeper, visually-engaging explanations of stories beyond the headlines, “ added John Micklethwait, Editor-in-Chief of Bloomberg.