ITV has announced the commission of new documentary Dancing on Thin Ice with Torvill & Dean, produced by Wingspan Productions. The 90 minute film will see Jayne Torvill and Christopher Dean travel to Alaska on an quest to fulfil a life-long dream that also provides a first-hand insight into the effects of climate change.

The Olympic champions have spent 45 years on the ice together – but, somewhat surprisingly, they’ve never skated in the great outdoors. Torvill and Dean recall how as children they were inspired by a mural in Nottingham ice rink showing skaters on a frozen mountain lake. Ever since, they’ve wanted to skate free in nature, rather than around in circles on artificial ice. Now they’re heading to Alaska to make that dream come true – whilst taking a deep look at the effect of global warming on the environment. 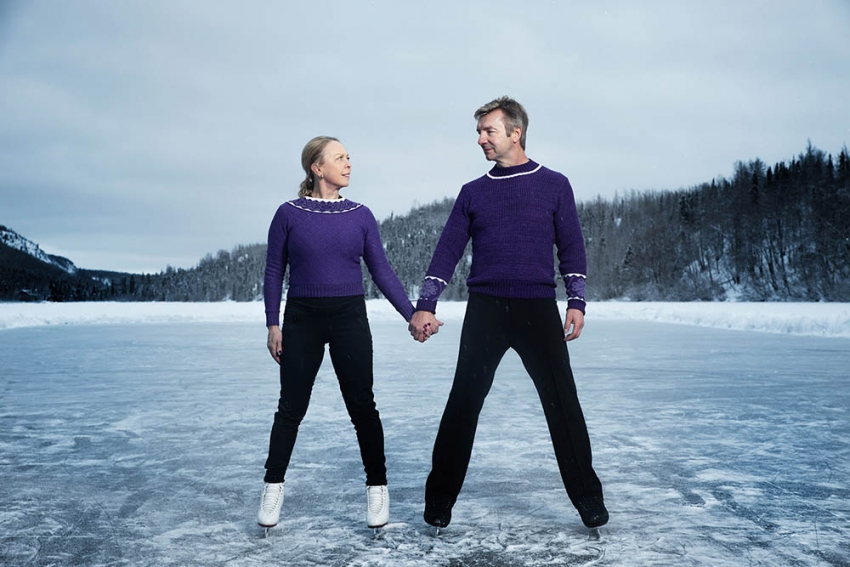 The film is narrated by Stephen Fry, executive produced by Archie Baron for Wingspan Productions, directed by Emma Frank, produced by Helena Braun and commissioned for ITV by Jo Clinton-Davis, Controller of Factual and Sue Murphy, Head of Factual Entertainment.

Clinton-David commented: “We’re delighted to be bringing this festive treat to ITV viewers this winter. Jayne and Chris are genuine skating icons and in pursuit of a dream that inspired their careers. In this film they will be searching wild Alaska for the perfect ice-skating setting – in a world where the ice is rapidly disappearing. With breathtaking scenery and their usual exquisite attention to detail, their unique performance is not to be missed.”

Torvill said: “I’ve always dreamed of being out in nature, skating outside and this was the most perfect opportunity to achieve that, whilst also seeing the reality of climate change with our own eyes.”

Dean added: “This is an extraordinary chance for us to skate out in the open with no constraints or the barriers of a rink. To discover how quickly the ice is disappearing is truly devastating. We hope it will be a reminder not to take our precious planet for granted.”

Viewers inspired by the show to reduce their own impact on the environment will be encouraged during the broadcast to go online to a for tips on how to measure and reduce their carbon footprints.