Theatre discovery platform Thespie has announced the Reunited Series, bringing together more than two dozen of the UK’s top musical theatre artists for a series of filmed concerts premiering throughout December.

Developed by Aimie Atkinson, Thespie’s Creative Producer and the Olivier nominated star of Pretty Woman and SIX), each concert presents ensemble music performances (filmed in Covid-secure London venues), and ranges from musical theatre hits, to pop music, to favourite Christmas songs. The programme of each concert has been developed by the artists involved and will also include intimate interview footage.

The concerts are designed to inspire global theatre audiences, by bringing the UK’s best musical theatre talent directly to their homes this holiday season. The artists collectively represent over two and a half centuries of experience on UK stages; their recent credits include The Prince of Egypt, Pretty Woman, SIX, & Juliet, Come From Away, Wicked, The Phantom of the Opera, Les Misérables, and Kinky Boots.

Atkinson commented: “We’re thrilled to be bringing you our first shows – high-energy, joyful concerts with great production values and astonishing vocal performances. I am so in awe of the level of talent working with us to make these December shows incredibly special. You are in for a treat.” 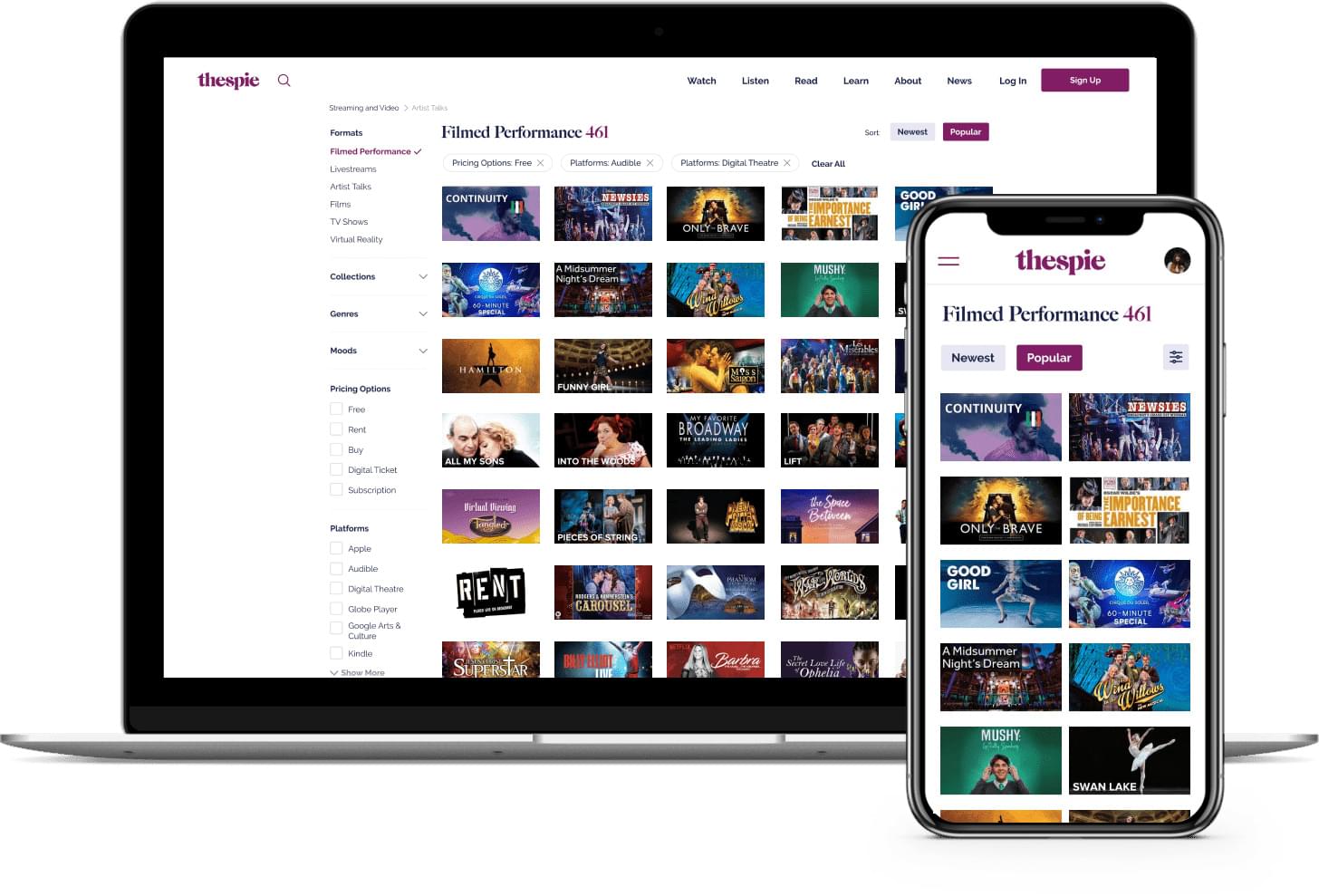 The series begins with the premiere of Unlimited: The Songs of Stephen Schwartz on 3 Dec at 8pm GMT, a celebration of the famed composer’s works including Wicked, Pippin, Godspell, Children of Eden, and The Prince of Egypt, Schwartz’s newest musical. The nine artists in the concert (Nikki Bentley, Sophie Evans, Alice Fearn, Alexia Khadime, Melanie La Barrie, Carl Man, Dianne Pilkington, Liam Tamne, Oliver Tompsett) all starred in Wicked during its first 14 years in London, and two (Khadime, Tamne) are in the current cast of The Prince of Egypt. Schwartz himself will make a special appearance in the programme, with further details to be announced.

Oops!… I Streamed It Again… premieres 10 Dec at 8pm GMT and is a high-energy concert of favourite classic pop, rock, and musical theatre songs. The concert is performed by five artists who met as part of the original company of the UK musical & Juliet: Jordan Luke Gage, Tim Mahendran, Grace Mouat, Oliver Tompsett, and 2020 Olivier Award Winner Cassidy Janson.

Next up is the return of the artists from The Reunion, with an empowering concert of songs by famous girl bands through the decades: Girl Power premieres 17 Dec at 8pm GMT. Expect the tight harmonies and true sisterhood vibes that these artists have come to be known for since they first met as the original West End queens of the musical SIX. Girl Power stars Atkinson, Alexia McIntosh, Grace Mouat, Millie O’Connell, Natalie Paris, Maiya Quansah-Breed and Jarneia Richard-Noel.

Finally, the fourth instalment of the Reunited Series arrives on the 21 Dec at 8pm GMT. All I Want For Christmas Is Theatre is a love letter to the tradition of seeing theatre with those you love during the holiday season. More than three dozen top UK theatre artists are lending their talents to this special concert, featuring classic Christmas songs of all styles. Performers from Unlimited, Oops!… I Streamed It Again, and Girl Power will all be featured, alongside more than a dozen more, to be announced in the coming weeks.

Streaming tickets for a single concert are £12.50 ($15) if booked early (by 30 Nov), or £15 ($18) if purchased in December. (10 other currencies available.) Purchasers of the first three concerts will have 72 hours to watch, and purchasers of All I Want For Christmas Is Theatre will have 7 days to watch with their households. An Extended-Access bundle (£37.50/$45 in Nov; £45/$54 in Dec) gives purchasers access to all four concerts from their premiere through 31 December, and provides a 25 per cent discount over booking the concerts separately. All concerts and the bundle can also be purchased after their premiere, with the same window of access (72 hours, 7 days, or through 31 Dec.)

The Reunited Series and Thespie’s original content initiative support its work to foster the connection between artists and audiences on its theatre discovery platform. Thespie’s first original production, The Reunion, was one of the bestselling paid theatre streaming events in the UK, selling tickets to 3600 households across 65 countries; and employed 35 live entertainment workers who received over £30k in income from the event.

Thespie founder Tyler Stoops said: “Watching our first concert, The Reunion, revived my spirits, and hundreds of viewers told us how meaningful it was, how inspired they were, and how much fun they had. So I’m thrilled we can deliver four more concerts for audiences at home around the world, just in time for Christmas. I think all of us are ready for some joy and excitement.”

Thespie offers listings for theatre streaming, theatre music & audio, theatre eBooks, educational resources, live London theatre, theatre news, and more. Audiences can use Thespie to stream the Reunited Series and more than 400 other shows, or to discover over 1000 more shows available on other popular platforms and services, such as Disney+, Amazon Prime, and Audible.