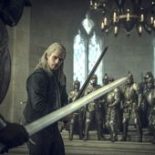 Netflix is preparing to increase its spending budget on UK productions by more than 50 per cent to $1 billion (€0.84bn) in 2020.

The streamer makes hit shows including The Crown, The Witcher and Sex Education in the UK, and has already produced over 50 TV shows and films in the UK this year alone, despite lockdown measures and various restrictions brought about by the coronavirus pandemic.

Netflix is estimated to be spending aroung $17 billion on producing and licensing TV shows and films globally, with the UK budget second only to the US.

“The UK is an incredibly important market to Netflix and we are proud to be increasing our investment in the UK’s creative industries,” Netflix told The Guardian. “The Crown, Sex Education and The Witcher are among the shows that have been made in the UK this year and will be watched by the world. These shows are a testament to the depth of talent that exists here.”

Last year, Netflix acquired a production base at Shepperton Studios.