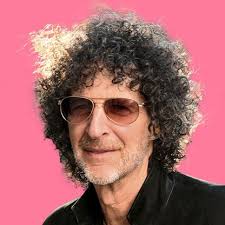 Pay-radio operator SiriusXM enjoyed a 2 per cent rise on its share price after it announced that ‘shock-jock’ Howard Stern had renewed his contract with the operator.

Stern has signed on for another five years while Stern’s archive of audio and video material will be exclusive to SiriusXM for seven years.

“As the leading audio entertainment company, we couldn’t be happier to have Howard, the leading host in all of radio and audio, continue to make SiriusXM the home for his show, channels, and archives while at the peak of his broadcasting career,” said Jim Meyer, CEO of SiriusXM. “Howard’s home has been SiriusXM and it will remain that way, but we’ve expanded SiriusXM in recent years too, and we are excited about finding the right ways that select content from Howard can find audiences on additional platforms. May I add, I consider Howard a close friend and look forward to listening to him for years to come.”

Meyer is leaving SiriusXM at the end of the month.

Terms were not revealed but it is widely understood that Stern’s existing deal was worth $100 million annually. The Hollywood Reporter suggests that this new contract could be worth up to $120 million annually.

Stern made the announcement himself as part of his Tuesday show, saying: “Fifteen years ago, I joined SiriusXM, a fledgling group of broadcasters. I had been in a toxic relationship with terrestrial radio,” Stern said. “And no matter how well I treated the medium, no matter how successful I made them, they abused me. Going to SiriusXM liberated me. I felt like Tina Turner freeing myself from Ike.”

Stern also called SiriusXM “the greatest content provider in media today,” adding: “SiriusXM, I love you, and I’m thrilled to continue our journey together”.

SiriusXM, in its statement, said: “Howard Stern has never been bigger. Regularly recognised as the best interviewer in the business, Howard’s insightful and revealing celebrity interviews gained even more acclaim since broadcasting from home under the Covid quarantine, bringing A-level comedians, musicians and actors via virtual connections into his home and he into theirs. His edgy comedy is sharper and more timely than ever. And his relationship with SiriusXM is at its strongest, as SiriusXM has grown to be the largest audio entertainment company in North America.”