OneWeb’s technicians and the launch engineers at Russia’s Vostochny spaceport have fully integrated 36 satellites in readiness for a launch target date of December 17th.

The rocket’s protective fairing is graced with flags of the UK and India representing the company’s two major shareholding owners, the UK government and Bharti Enterprises of India. The actual launch is handled officially by Arianespace using a Soyuz rocket.

There are a further 16 more Soyuz launches scheduled for OneWeb with the actual launches split between 3 key Arianespace sites, Kourou in French Guiana, Baikonur in Kazakhstan and Vostochny. 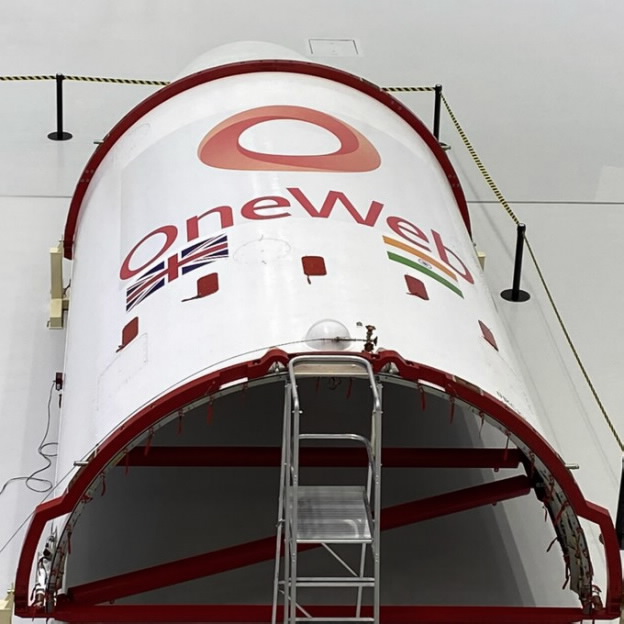 Launches will take place from December 17th through to 2022 when the initial constellation of at least 650 satellites will be complete.

Bharti Airtel chairman Sunil Mittal, speaking on December 9th, said that by May-June 2022 “less than 18 months from now” the OneWeb constellation will cover the entire globe, every square inch of the world.

However, OneWeb has a funding shortfall. Mittal put the overall constellation cost at between $5.5 billion and $7 billion and said the remaining shortfall is between $2 billion and $2.5 billion—with half of that to be covered by Bharti and the British government. As for raising further capital with other investors, he said: “I don’t see that to be an issue.”