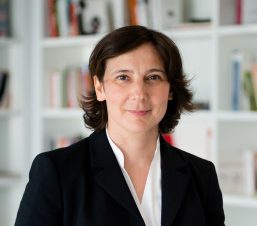 Eutelsat Communications has announced the appointment of Anne Carron in the role of Chief Human Resources Officer.

Carron joins Eutelsat after an extensive career; first as a Corporate and M&A lawyer at Linklaters, and subsequently within the Carrefour Group in the posts of Deputy Legal Director and latterly Human Resources Director. She left Carrefour to found the consultancy HR Mobiliwork, offering HR services aimed at developing the collaboration between large groups and start-ups.

Commenting on the appointment, Rodolphe Belmer said: “I am delighted to welcome Anne to Eutelsat and I am confident that her extensive skill-set and experience will be a great asset to us as we pursue the transformation of our group”.

Carron will join Eutelsat in February and will sit on the Executive Committee. She will succeed Marie-Sophie Rouzaud who has decided to put her career on hold for family reasons.