WaterBear Network has released Episode 2 of their original interview series The Bear Hug starring ‘WaterBear Leader’ actress, activist and filmmaker Maisie Willaims. Hosted by WaterBear’s Head of Strategy Sam Sutaria, the episode covers Willaims’ reflections on her early success “it was really hard to deal with at the beginning. It obviously made me very happy but it was a lot of pressure”; her sustainability journey; and social media as “a real hard one to navigate, but I ultimately settled on using it for good”.

Episode 1 of The Bear Hug featuring climate activist and filmmaker Jack Harries is also available to view on the platform. 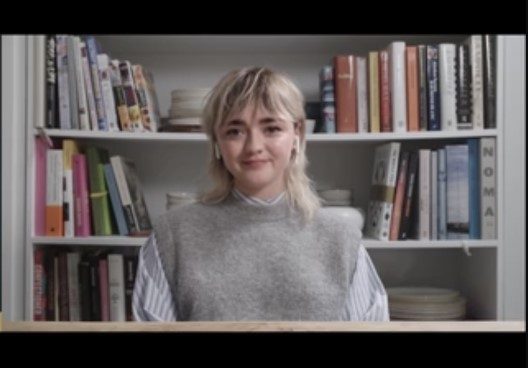 Launched in December 2020, WaterBear Network is an innovative digital platform and mobile app showcasing award-winning documentaries and inspirational original content – facilitating awareness, education and action. With content and curated documentaries inspired by the United Nations Sustainable Development Goals (SDGs), WaterBear members are able to stream video at any time, and on any device – all for free.

WaterBear’s podcast-style interview series The Bear Hug was created to give WaterBear members a break from the bad with some of the most inspiring people on Earth, providing a comfortable dose of solutions and sustainability, as well as their guests’ top picks of films to look out for on WaterBear. Willaims’ picks included WaterBear Original A Wild Education, a documentary about the extraordinary journey of a family living deep in the wild of the Carpathian Mountains; short film 6 Months about a piglet in captivity, longing for the outside and WaterBear’s first original series Not A Pet, which sees five episodes explore the world of illegal pet trade.

Willaims, commenting on sustainability, said: “ I always spend my time shining light on issues I see. I want to continue my own personal journey to squish down my carbon footprint and be more environmentally friendly in the decisions that I make. As an actor I’m very close and intertwined with the fashion industry, which is one of the biggest polluters. So I’ve always felt really strongly about pushing more sustainable materials and techniques to create a better future for fashion and for us to live in”.

On social media, she added: “Social media is a real hard one to navigate, and I ultimately settled on using it for good.”

On success, she offered: “It was really hard to deal with at the beginning. It obviously made me very happy but it was a lot of pressure and being in the limelight and thrust in front of people from all around the world was overwhelming. Coming out of the overside now I feel like I’ve learned so much.”

Willaims’ ultimate call to action: “My ask is that everyone goes to WaterBear and choose from one of over 80 non profits they have, and donate anything that you can to these people that are really pushing for change and doing incredible things for the environment. And even watch a documentary while you’re at it, it’s good fun and might change your life!”

Williams has been a supporter of WaterBear since launch, coming on board as a WaterBear Leader alongside actress/activist Lily Cole; climate activist and filmmaker Harries, and Mya-Rose Craig (Birdgirl). Prince Harry, The Duke of Sussex also revealed his support as President of conservation NGO African Parks in an exclusive interview on the platform titled In Conversation with Prince Harry, The Duke of Sussex.

Sam Sutaria, Head of Strategy at WaterBear Network and host of The Bear Hug, said: “We are so excited by the positive global response to WaterBear’s launch, and I’m really looking forward to sharing solutions-focused insight from inspiring individuals with the WaterBear community through The Bear Hug this year. Having the incredible Maisie Williams as our second guest on the show, following filmmaker and friend Jack Harries, gives you a sense of the remarkable guests still to come. Now, sit back, relax and take action while you watch and enjoy this interview with impact.”