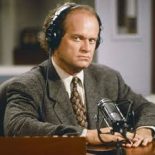 ViacomCBS has updated investors on its differentiated streaming strategy, which leverages the company’s product offerings across free, premium and pay segments with Pluto TV and SHOWTIME OTT to create a linked ecosystem with the launch of Paramount+ in the US and 18 LatAm countries on March 4th.

Paramount+ will feature a combination of live sports, breaking news and a mountain of entertainment from ViacomCBS’ portfolio of iconic brands and production studios, including BET, CBS, Comedy Central, MTV, Nickelodeon, Paramount Pictures and the Smithsonian Channel.

New details about Paramount+ were unveiled during the ViacomCBS Streaming Event presentation, including an expansive slate of over 50 exclusive original series across scripted dramas, kids and family, reality, comedy, music, sports, news and documentaries that are set to premiere on the service in the next two years, including 36 arriving in 2021. These originals will join a growing content catalogue of more than 30,000 episodes and 2,500 movie titles. In addition, pricing tiers, leading launch sponsors and international rollout plans were announced.

“In today’s entertainment landscape, ViacomCBS stands apart as the only media company to fully embrace every segment of the streaming universe across free, premium and pay,” said Bob Bakish, President and Chief Executive Officer, ViacomCBS. “The launch of Paramount+ supercharges our strategy with a broad pay service that will be home to everything consumers love, all in one place: live sports, breaking news and a mountain of entertainment, at scale. As we look ahead, ViacomCBS is ideally positioned to harness the full power of our assets and capabilities – from our world-class production studios and the value of our massive content library, to our global marketing platform and local relationships – to seize the global opportunity in streaming.”

Tom Ryan, President and Chief Executive Officer, ViacomCBS Streaming, said, “Built from an iconic portfolio of beloved consumer brands and iconic franchises like SpongeBob and Star Trek, Paramount+ is a compelling and differentiated streaming offering for all audiences. In combination with Pluto TV and SHOWTIME, the service will further strengthen our robust linked streaming ecosystem, giving us a critical competitive advantage as we pursue our goal of reaching consumers across every platform, at every price point, with creativity, content and experiences that are second to none.”

Select upcoming films from Paramount Pictures will have their streaming debut on Paramount+ immediately following a theatrical release window of 30-45 days, including: A Quiet Place Part II, Paw Patrol: The Movie and Mission: Impossible 7. Other key titles arriving on Paramount+ in 2022 following their theatrical runs, and in some cases after their pay-TV debuts on EPIX, include: Snake Eyes, Clifford the Big Red Dog, Top Gun: Maverick, Sonic the Hedgehog 2, Transformers 7, Dungeons and Dragons, Scream and more.

Paramount Pictures’ recent titles will be available as well, from Dora and the Lost City of Gold and Sonic the Hedgehog to Bumblebee and Rocketman, all coming to Paramount+. These films will join the previously announced The SpongeBob SquarePants Movie: Sponge on the Run, which will be available on Paramount+ at launch.

Additionally, Paramount Pictures announced an agreement with EPIX to make thousands of movie titles from a wide variety of studios available to Paramount+ subscribers. Beginning late spring, the service will stream some of the most popular films and franchises of all time, including films from the James Bond and Hunger Games franchises to features like The Addams Family and The Avengers, among many others in a deal that will grow the service’s film library to over 2,500 titles.

And, following a theatrical release by MGM and an exclusive pay television window with EPIX, MGM’s new movies will become available on Paramount+, including House of Gucci, Creed III and the highly anticipated new James Bond film, No Time to Die.

The company also outlined plans to ramp up production of movies made exclusively for Paramount+. The first of these feature-length films offered will include new versions of Paranormal Activity and Pet Sematary as well as an original supernatural story, The In Between, featuring Joey King, the star of the smash hit, The Kissing Booth. These titles produced by Paramount Players will join a collection of exclusive original movie premieres supplied by the broader portfolio of ViacomCBS studios.

The Paramount+ content library will offer a range of exclusive originals and new takes on iconic franchises outlined as follows:

Home to some of the biggest franchises in the world, including SpongeBob SquarePants, Teenage Mutant Ninja Turtles and Paw Patrol, the kids’ portfolio is fueled by Nickelodeon’s library of nearly 7,000 hit episodes, plus a string of all-new originals based on the most beloved characters in the brand’s history, such as:

ViacomCBS’s reality category already boasts over 5,000 episodes of the biggest reality hits, with plans to expand its collection with the following original and reprisals:

When it comes to beloved IP and iconic comedic franchises, Paramount+ delivers with a rich library of over 6,000 episodes in the genre alone. Joining this massive catalog of comedy titles, exclusive series arriving soon include:

Additionally, exclusive original comedy movies that will reignite franchises for new and nostalgia-driven fans alike are expected to arrive on Paramount+ in year one:

For almost 40 years, MTV has chronicled the world of music through the eyes of the most important artists — telling the stories that only MTV can, because MTV was there. And now, on Paramount+, MTV is unlocking its treasured vault to bring new and exclusive series like:

CBS All Access Originals to Continue as Paramount+ Originals

In addition to the forthcoming titles produced exclusively for Paramount+, the award-winning CBS All Access originals will rebrand to Paramount+ originals and continue to super-serve fans of:

In bringing everything sports fans love on CBS to Paramount+, the service will feature over 1,000 live sporting events per year, including regular season games, playoffs, championships and more across the following marquee properties:

In addition, Paramount+ is expanding its exclusive English-language rights in the US with three more football properties, featuring hundreds of additional matches.

The service will also be the exclusive home of a long-running, Emmy Award-winning original series Inside the NFL, which takes fans even deeper into the game and the passion of the NFL all season long. And knowing fans don’t stop watching when the players stop playing, Paramount+ will feature the 24/7 streaming sports news service, CBS Sports HQ.

With breaking news and impactful journalism, the CBS News team will offer Paramount+ subscribers deep insights into the world through best-in-class reporting. News offerings will include renowned CBS News programmes, new series such as 60 Minutes+, live streams of local affiliates in over 200 markets across the US, and the 24-hour streaming news service CBSN.

In addition to news programmes audiences already know and love, Paramount+ will be home to brand-new titles based on CBS News’ premium franchises, including:

ViacomCBS is a definitive leader in storytelling, and audiences are increasingly hungry for shows that document history, from the distant past to history that’s being made today. Driven by these insights, Paramount+ is partnering with some of the world’s best filmmakers to debut an incredible slate of gripping, powerful and relevant documentaries, including the following from CBS News, CBSN, CBS Sports, MTV Documentary Films and the Smithsonian Channel:

In addition to long-lead productions, ViacomCBS will also produce exclusive Insta Docs for Paramount+. These instant documentaries will be released within days of breaking news and will dive deeper into events that capture the attention of the nation.

At launch, consumers in Latin America can sign up for a seven-day free trial or a monthly subscription of $79MXN in Mexico, $19.90RL in Brazil, and $299ARS in Argentina. In the US it will cost $9.99 per month. The ‘base’ tier of Paramount+, to launch sometime in June, will have advertising and cost $4.99 per month.