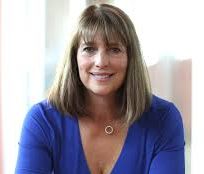 ITV has released its full year 2020 results, which it notes has been materially impacted by the Covid-19 pandemic. Total external revenue was down 16 per cent at £2.7 billion (€3.1bn).

Adjusted Group EBITA was down 21 per cent at £573 million which is better than external expectations, driven by the strong end to Q4 and tight cost control delivering £116 million of overhead savings of which £21 million are permanent.

ITV Studios adjusted EBITA was down 43 per cent to £152 million, impacted by the decline in revenue and the costs associated with Covid-19 safety measures

Broadcast adjusted EBITA was down 9 per cent to £421 million, with the decline in advertising partly offset by the reduction in the programme budget.

Carolyn McCall, ITV Chief Executive, commented: “Throughout this last year, we have all been dealing with the effects of the pandemic. As the UK’s largest commercial network, we’ve worked hard to fulfil our responsibility as a source of reliable and trusted news and to deliver some of the best entertainment into the country’s homes.”

“I’m proud of the work of all our colleagues and thank them for their dedication, creativity and hard work to successfully manage our way through the crisis while continuing to invest in our strategy. Our production teams were very innovative in restarting productions quickly and safely in the UK and internationally, while our commercial colleagues inspired advertisers to restart their marketing campaigns.”

“Good progress has been made in delivering our strategic priorities with the rollout of our programmatic addressable advertising platform, Planet V, to agencies to a very positive response; the acceleration of the transformation of the ITV Hub; BritBox UK is ahead of plan hitting half a million subscriptions in January 2021; and BritBox US increased its subscriptions by 50 per cent over the year – we now have over 2.6 million subscriptions globally across all our SVoD services. While total revenues and profits were down our financial performance was ahead of expectations driven by a strong end to Q4 and our firm control over costs.

“We are encouraged by the roadmap out of lockdown. We are seeing more positive trends in the advertising market in March and April and the majority of our programmes are now back in production. However, there remains uncertainty in all markets around the world with the potential risk of lockdowns, which if they materialise will affect revenues. We are committed to taking further cost out of the business while further investing to accelerate the delivery of our strategy and digital transformation. We have restructured the Broadcast business to create the Media and Entertainment Division to better respond to changing viewing habits. ITV Studios is well positioned to take advantage of the continued strong growth in the demand for quality content internationally.”

TAR finished the year well, with Q4 up 3 per cent against the same period in 2019, as ITV continues to work closely with advertisers to develop innovative and effective marketing campaigns

As expected the advertising environment in Q1 is challenging. ITV forecasts TAR to be down around 6 per cent in Q1, with strong growth in VO=oD up around 14 per cent, assuming there is no change in the current planned restrictions

Total ITV viewing was up 1 per cent in 2020. Due to the lack of VoD volume drivers, such as Love Island, fewer soaps and no major sporting events, online viewing was down 5 per cent.

ITV Family share of viewing (SOV) was down 4 per cent partly impacted by the volume of the BBC’s news output during the year, fewer episodes of the soaps and less new content due to the pause in productions.

ITV main channel had its third biggest SOV in a decade, with a 16.7 per cent SOV.

With the determination and innovation of the team, ITV’s productions started to resume from the summer under strict safety protocols.

In spite of the restrictions in place, as of today, IT Studios has about 90 per cent of programmes back in production.