NOW TV, Sky’s OTT service, has unveiled a new identity and look, and shortened its brand name to ‘NOW’.

Alongside the visual transformation, NOW has also moved to a new tone of voice. Viewers are invited to join the community with a NOW Membership (formerly Passes) – including Entertainment, Cinema, Sports, Kids and hayu, starting at £3.99 a month, contract-free. Every NOW Membership can be enhanced with Boost from £3 a month – enabling streaming across 3 devices at the same time as well as full 1080p HD and Dolby Digital 5.1 Surround Sound.

The rebrand will be unveiled with a nationwide ATL campaign on March 19th.

Marina Storti, Managing Director at NOW, commented: “NOW has always been the home of quality entertainment and our new brand evolution ensures that, even in a hectic world, no one misses out on the entertainment they love. By moving from NOW TV to NOW, we marry our world-class quality with brilliant simplicity. This immediacy creates a true destination and community for those who love and live for the best entertainment.” 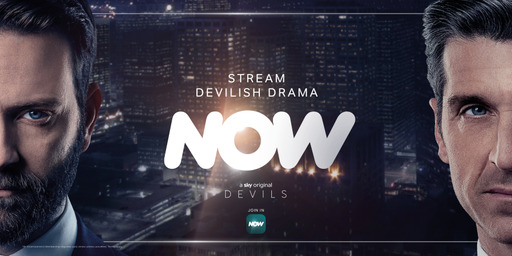 NOW is available on over 60 devices and across 3 countries in Europe including Italy, ROI and Germany (Sky Ticket). The NOW rebrand is led by the UK and will be adapted and rolled out to Italy and ROI at the same time.