Eurosport and GCN has secured the rights to show the Flanders Classics in Europe and Asia on a long-term basis.

The agreement was brokered by Infront, the media rights partner of the Flanders Classics and Amstel Gold Race.

All seven of the men’s and women’s Flanders Classics will be available for viewers on an exclusive basis as part of a four-year agreement that also includes the Amstel Gold Race. The deal completes Eurosport and GCN’s Flanders Package after it added the Omloop Het Nieuwsblad, which took place last month.

Fans will be able to enjoy live and on-demand coverage via Eurosport’s channels and platforms as well as GCN’s new subscription streaming service GCN+. 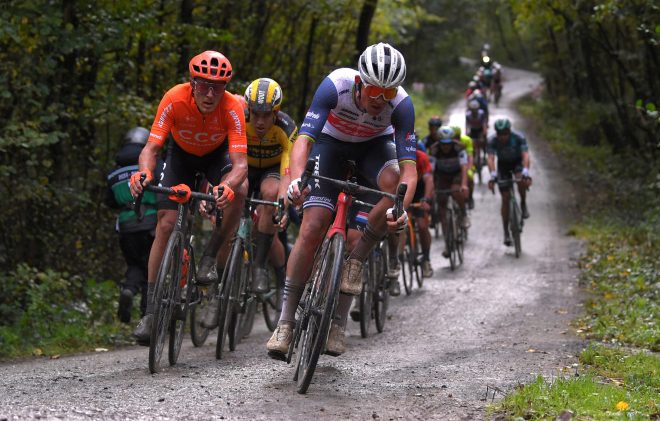 Guy Voisin, Director of Cycling at Eurosport and GCN, said: “We’re constantly looking for ways to further enhance our 360° cycling ecosystem for fans and by adding more live events to our portfolio, we’re providing the greatest choice for viewers everywhere. We’re particularly pleased to further extend our coverage of elite women’s races and remain committed to expanding the reach of the sport in all its forms to the widest possible audience. The men’s and women’s cycling season has started with a bang with some truly exhilarating races already being shown across our channels and platforms that have delivered some incredible performances from the world’s best riders. We’re looking forward to continuing this on Sunday by showcasing Gent Wevelgem alongside expert commentary, storytelling and analysis.”

Amikam Kranz, Vice President Media Sales & Operations Infront, added: “This series of races has a rich history and holds a special place in the cycling calendar. This new agreement, which includes exposure on linear broadcast, is another step towards our goal of bringing these top cycling events to fans all over the world ahead of the second race of the Flanders Classics series in Gent.”