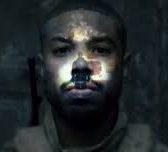 “Two of our kids are now 10 and 15 years old—and after years of being nurtured, they’re growing up fast and coming into their own,” said Jeff Bezos, Amazon founder and CEO. “As Prime Video turns 10, over 175 million Prime members have streamed shows and movies in the past year, and streaming hours are up more than 70 per cent year over year. Amazon Studios received a record 12 Academy Award nominations and two wins. Upcoming originals include Tom Clancy’s Without Remorse [pictured], The Tomorrow War, The Underground Railroad, and much more. In just 15 years, AWS has become a $54 billion annual sales run rate business competing against the world’s largest technology companies, and its growth is accelerating—up 32 per cent year over year. Companies from Airbnb to McDonald’s to Volkswagen come to AWS because we offer what is by far the broadest set of tools and services available, and we continue to invent relentlessly on their behalf. We love Prime Video and AWS, and we’re proud to have them in the family.”