Riverdance: The Animated Adventure, a new Sky original movie bringing the spirit of Irish dance to family audiences, will be available to watch later this month. The film is co-produced by Aniventure and River Productions and will be available in the UK & Ireland exclusively on Sky Cinema and streaming service NOW on May 28th. 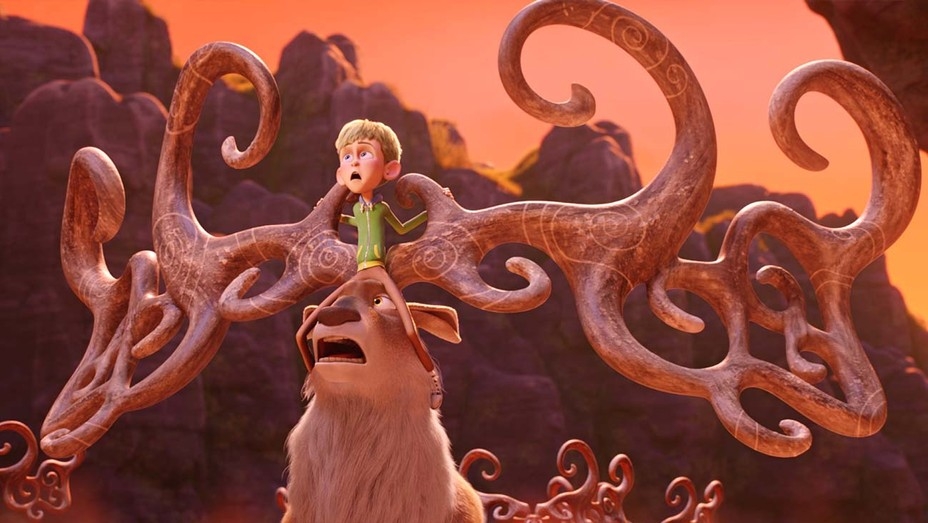 Riverdance: The Animated Adventure, a Sky Original follows an Irish boy named Keegan (Sam Hardy) and a Spanish girl named Moya (Hannah Herman Cortes) as they journey into the mythical world of the legendary Megaloceros Giganteus, who teach them to appreciate Riverdance as a celebration of life.

Zai Bennett, Managing Director of Content at Sky UK & Ireland, commented: “Riverdance has been a cultural phenomenon across the world for more than twenty-five years. This magical animated adventure brings the spirit of Riverdance to life for a new generation and Sky Cinema customers are going to love it!”

Dave Rosenbaum, Director of Riverdance: The Animated Adventure, added: “This transcendent entertainment is what makes Riverdance a unique and exciting source for an animated feature. Our film celebrates the power of music and dance in new, unexpected ways. It illustrates the richness of Ireland’s history, nature and people. And it brings to the screen an original world full of comedy and drama, drawn from our imagination.”