HBO Max has turned 1 year old. In the year since rollout, the SVoD service reports it has hit several significant benchmarks, adding 11.1 million HBO/HBO Max subscribers over the past year to surpass 44 million in the US (as of end of Q1).

“Not only is the platform seeing a rapidly growing user base, but our viewers are more engaged than ever: we have seen up to a 70 per cent increase in audience engagement vs. HBO Go or Now, and the average time it takes a user to click play after logging into the platform is down to 100 seconds,” WarnerMedia said in a statement.

The service launches in Latin America and the Caribbean on June 29th. 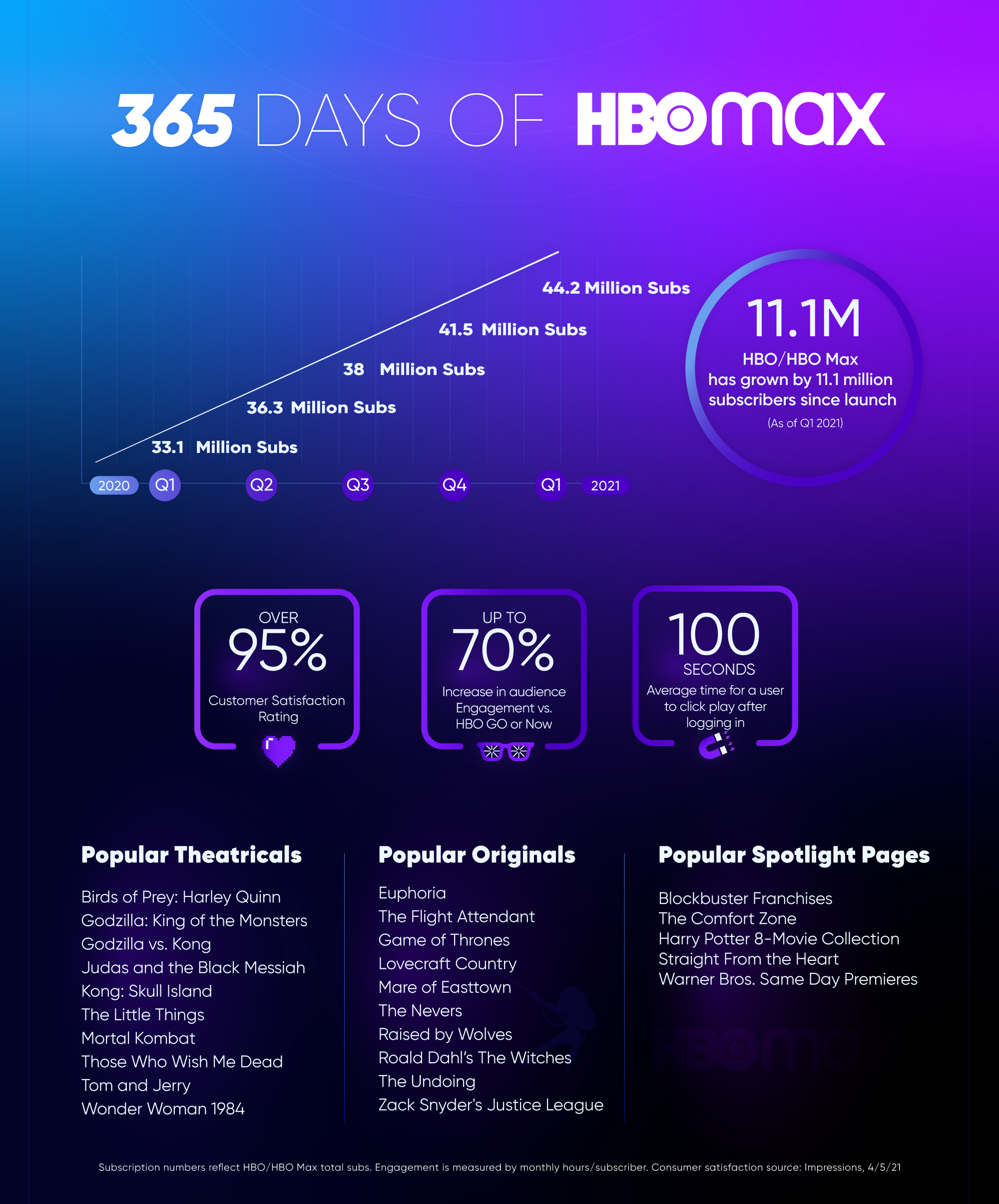