With the pandemic seeing the Glastonbury Festival cancelled for a second consecutive year, BBC Music is once again hosting a celebration of the iconic event across BBC television, BBC iPlayer, BBC radio and BBC Sounds, from June 25th to 27th.

Lorna Clarke, Controller, BBC Pop Music, commented: “Summer wouldn’t be complete without a celebration of Glastonbury on the BBC and this year will be no exception. We’ll be making many of the spectacular performances that the BBC and Glastonbury Festival have worked together to capture over the years available across TV, radio and digital platforms. I’m also delighted that Emily and Michael Eavis have allowed us to broadcast highlights from Live At Worthy Farm, for listeners and viewers to enjoy whenever they wish and wherever they are.”

The Glastonbury Experience 2021 will include: 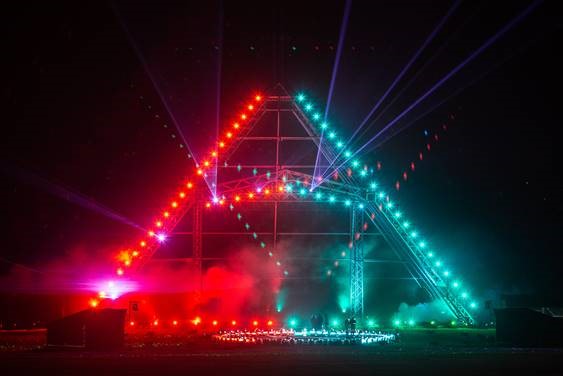 Laverne said: “Bringing the world’s greatest festival into viewers’ homes with the BBC Glastonbury team is pretty much the best job in the world. A close second, however, is being given access to the archive to help curate a selection of performances by some of the many music icons to have graced the Glastonbury stages. I’ve got a line-up of legends for your living room on Sunday and I can’t wait to share it with you.”

Whiley added: “Whilst we can’t be together in the fields of Pilton just yet, I can’t wait to go back in time and share a selection of my favourite Glastonbury memories and performances with you all. I have incredibly fond memories of the 90s at Glastonbury, so join me on Friday 25 June to relive some of the very best moments from that unforgettable decade. I had a fantastic time at Live At Worthy Farm in May, so I’m also really looking forward to showing viewers exactly what went on behind the scenes.”