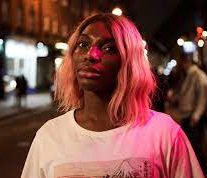 Michaela Coel became the first person in BAFTA history to win awards in the key categories of Leading Actress, Writer, Director and Mini-Series for her BBC drama, I May Destroy You.

Coel picked up Leading Actress and Best Mini-Series at the BAFTA TV ceremony in London on June 6th. Last month, she won writing and directing awards for I May Destroy You at the BAFTA Craft Awards.

Piers Wenger, Director of Drama, BBC, says: “Michaela’s history-making achievements at this year’s BAFTAs are a thrilling reminder of her peerless talent. They are a testament to her tireless drafting and re-drafting, her generous and inclusive approach to filmmaking, and the courage she shows in putting herself out there for the sake of her art. She is an individual of true passion and vision and utterly deserving of her place in the history books.”

I May Destroy You is a provocative series exploring the question of sexual consent in contemporary life and how, in our modern landscape of dating and relationships, we make the distinction between liberation and exploitation. It is a BBC and HBO co-production and is created, directed, executive produced and stars Coel.

I May Destroy You is streaming now on BBC iPlayer.