Premier Sports has also been awarded TV rights for the Republic of Ireland for the first time in the new era of the tournament expanding its coverage to bring together live coverage from each round to a wider rugby audience across the UK and Ireland. 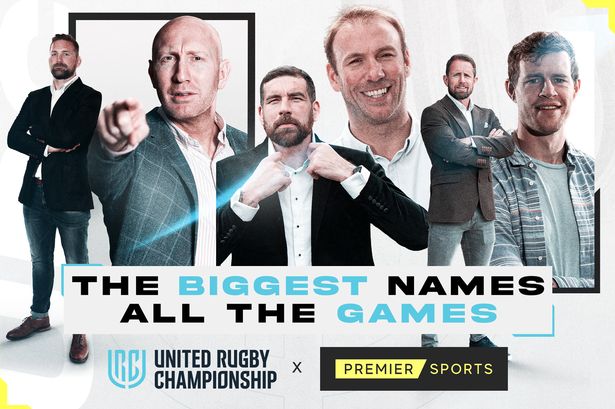 Premier Sports will be the only place to see entire URC tournament from opening weekend at the end of September 2021 to the Grand Final in mid-June 2022 showing up to eight live games very weekend plus live coverage of all the knock-out drama and Grand Final.

CEO of Premier Sports, Richard Sweeney, said: “We are absolutely delighted to have secured another four years of exclusive rights with the United Rugby Championship. Premier Sports will be the only place to watch all 21 game weekends per season from opening weekend to the Grand Final with every single game live on our channels. We’ll deliver all the tournament action across all five rugby nations plus host more than 100 live and exclusive games through the season.

“The United Rugby Championship is going to be a fascinating, fresh and exciting new tournament for rugby supporters everywhere to engage with. The stakes will be high, there’s more jeopardy, regional pride to play for, more intense games and a diverse mix of rugby styles and cultures and world-class rugby players on show every week which is going to be great for our TV presentation teams to showcase. Aligned with the new opportunities that URC brings, we will be investing significantly, with more extensive panel insight from studio, more cameras and broadening our mix of commentators from relevant territories for live games. We will also be launching a new and improved Premier Player in time for the new season. Premier Sports will once again showcase the most competitive and the compelling games and provide the most comprehensive live coverage of a tournament where every game counts.”

“We are really proud of the fact we have the best TV frontline team in the business across Wales, Scotland and Ireland leading our commentary and analysis. We have a talent team that passionately and colourfully frame our live rugby action with real insight, expertise and in-depth rugby knowledge both pitchside and in the studio. Our rugby weekends are going to be packed with world-class live rugby content now that we have the URC and the TOP 14 from France side-by-side – with games featuring the biggest names and most eye-catching players in World Rugby. This is significant for both our rugby customers and sports fans as a whole as we provide a more diverse and extensive range of sports coverage. We will continue to look at new opportunities and hope to have more live rugby to announce to our customers in the near future,” concluded Sweeney.