On July 1st a Soyuz rocket is set to launch an additional 36 OneWeb broadband satellites into orbit.

The rocket has been branded and painted with a ‘Hello North Pole’ message, even though the message will quickly be lost, given that the rocket’s protective fairings are discharged shortly after launch. 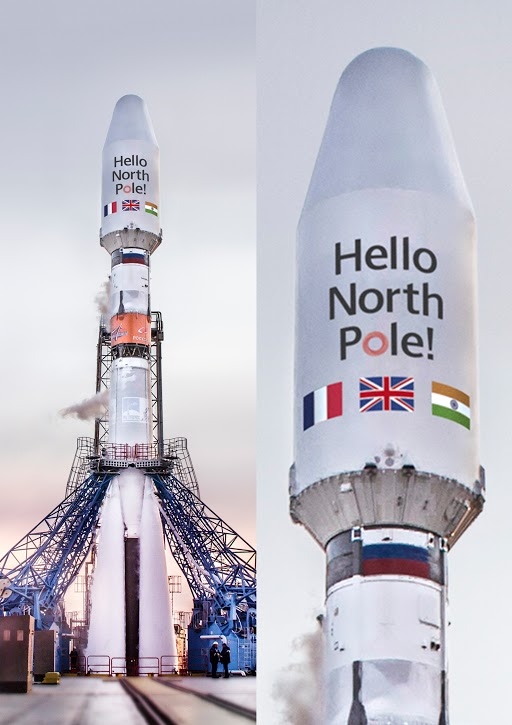 But the North Pole message is highly relevant. OneWeb, with a successful launch, will have completed its initial mission to serve all the northerly regions of the planet that are north of the 50 degrees latitude parallel.

OneWeb adds: “Service demonstrations will begin this summer in several key locations – including Alaska and Canada – as OneWeb prepares for full commercial service in these regions in the next six months. Offering enterprise grade connectivity services, the company has already announced distribution partnerships across several industries including with ROCK Networks, AST Group, PDI, Alaska Communications and others, as OneWeb expands its global capabilities. The company continues to engage with telecommunications providers, ISPs, governments and more worldwide to offer its low latency, high speed connectivity services and sees growing demand for new connectivity services to connect the hardest to reach places.”

This launch will enable OneWeb to offer full connectivity services across the UK, Alaska, Northern Europe, Greenland, Iceland, continental US, the Arctic Seas and Canada. Commercial service is expected to be rolled out before the end of the year, and OneWeb intends to make global service available in 2022.

This particular batch (Arianespace’s Flight ST33) will add 36 satellites and bring the OneWeb total in orbit to 254.