A Californian motorist was stopped and issued a penalty ticket issued for using a Starlink dish mounted on the car’s front hood. The driver was stopped by California’s Highway Patrol (CHP).

The car, a Prius hybrid, had one of SpaceX’s Starlink ‘pizza sized’ dishes along with its connecting cable running across the front window and into one of the front passenger windows.

The CHP offer, stated to be Mr T Caton, stopped the car on one of the state’s busy freeways near Antelope Valley in northern Los Angeles County. 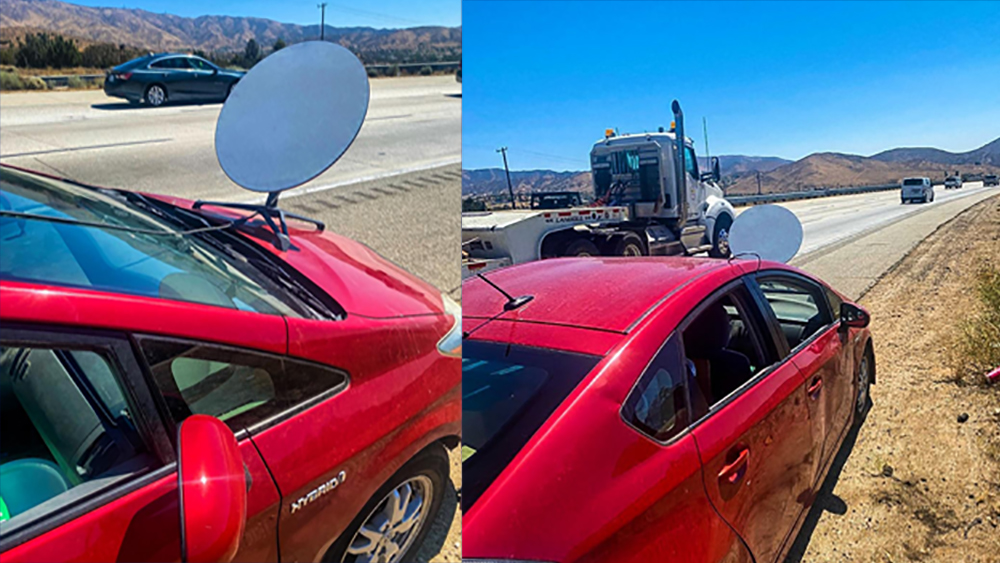 TV station CBSN from Los Angeles reported the story on June 2nd, saying the officer said: “Sir I stopped you today for that visual obstruction on your hood. Does it not block your view while driving?”, the motorist replied: “Only when I make right turns…”

CBS added that the official CHP restrictions apply to satellite dishes, or anything hanging from a rear-view mirror that may obstruct the driver’s view. GPS devices and mobile phones are also not permitted in unapproved locations on a vehicle’s windshield, and handicap placards may not hang from the review mirror while the vehicle is in motion.

Elon Musk has said in the past that while he saw his Starlink systems being added to RVs and motor homes, he did not anticipate his systems being used on private cars.