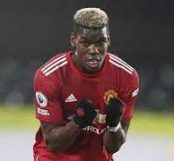 Canal+, the French pay-TV broadcaster owned by Vivendi, has renewed the rights to the Premier League from 2022 to 2025, and will show all 380 games per season.

All matches will air across the Canal+ channels, as well as on streaming service myCANAL and, in particular, on the Canal+ Premier League digital channel.

Maxime Saada, CEO of Canal+, commented: “We are particularly pleased to have acquired the exclusive Premier League broadcast rights for Canal in France, for three additional seasons. Above all, it is a great pleasure for our subscribers who greatly approve of this championship. They will thus enjoy, until 2025, an exceptional spectacle, with some of the biggest clubs and players on the planet, on all their screens […] And for the first time, our partnership with the Premier League will extend to the Czech Republic and Slovakia, another important step in the international development strategy of the Canal+ group, which now has more than 22 million subscribers in the world including 14 million outside France. ”

Paul Molnar, Chief Media Officer at the Premier League, added: “ The Premier League is delighted to continue our outstanding partnership with Canal+ in France and to extend our longstanding collaboration in two new markets Czech Republic and Slovakia through the M7 Group. Canal+ has consistently delivered market-leading sports coverage and Premier League fans can look forward to more matches being made available live in these territories through to Season 2024/25. ”