ODMedia, Source 1 Media, and Premiere TV have announced today debut of FEAR, a horror-themed subscription service channel available on Amazon Prime Video, exclusively in the Netherlands. FEAR offers a wide selection of both new and classic horror films from all over the world. Amazon Prime members in the Netherlands can subscribe to the channel for €3,99 per month.

ODMedia provides the channel management, design, marketing (in collaboration with Source 1 Media and Premiere TV), and technical delivery to Amazon.

Sjef Pijnenburg CEO of ODMedia said: “We are thrilled to be the only horror channel in the Netherlands and to give horror fans what they have been hungry for.”

At FEAR, audiences can watch both new and classics horror films from all over the world. There are over 200 titles available at launch, including Radius, Mayhem, Let us Pray, Sharknado, Terrifier and Howl. 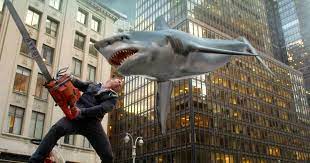 “Seeing the very positive developments within our channel, we feel now is the time to officially put FEAR in the spotlight. We expect to have more than 260 films in our library by the end of the year, cementing us as the Dutch market leader of the horror genre,” said Erik Schuit, CEO of Premiere TV.

“We are very excited to partner with ODMedia and Premiere TV to launch a horror channel on one of the largest entertainment platforms in the world. We have been making tremendous strides with the programming and look forward to welcoming Dutch horror fans to the new channel,” added Willem Sonnemans, CEO of Source 1 Media.