Boeing is building 11 of the O3b mPower craft. They will operate at 8000 kms over the Earth.

SES CEO Steve Collar told journalists that the first three O3b mPower satellites would launch towards the end of this year “although it might be a Xmas or New Year gift” because the construction and test timetable is tight and not helped by the pandemic. SpaceX is contracted to launch the mPower satellites.

There would then be a short period for testing and evaluation, although Collar stressed that having ‘all digital’ satellites meant that such testing was reduced because of their digital functionality.

The next batch of three would launch once SES “pulled the trigger” on the approval for launch, and was likely to happen in Q1/2022. Collar said that by mid-2022 the initial batches would be ready for use and integrated into the existing O3b fleet. The remaining satellites could be launched in the 2022-2023 timeframe.

Collar explained that the satellites would not have inter-satellite connectivity because the fleet’s ground station gateways were already in place. commenting: “We do not need hundreds of ground stations. We have just 7 ground gateways and that’s all we need.” 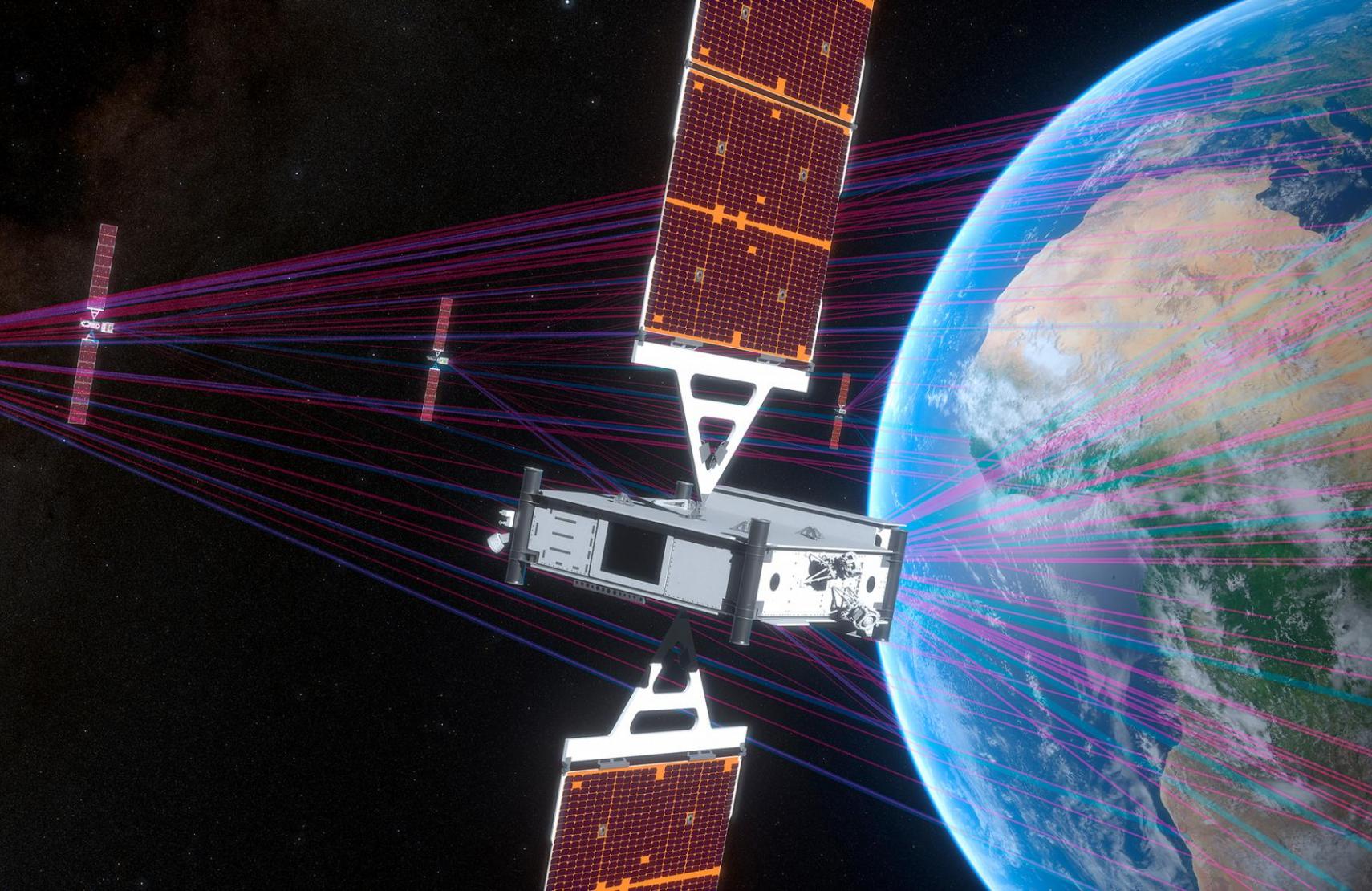 SES has additionally announced Microsoft as the first cloud provider customer for O3b mPOWER. Microsoft plans to leverage the MEO high-performance connectivity services to showcase its Azure Orbital solutions that integrate satellite connectivity with Azure services. Microsoft will use SES’s current MEO to provide connectivity now before migrating to O3b mPOWER next year.

“Utilising SES’ medium earth orbit system enhances the power of Azure Orbital and enables us to deliver greater resiliency and comprehensive satellite connectivity solutions for our customers,” said William Chappell, Vice President of Azure Global, Microsoft. “Our collaboration with SES is key to delivering on our vision of multi-orbit, cloud-enabled capability to meet critical industry needs.”