The Professional Triathletes Organisation (PTO) has launched the Collins Cup player across web, IOS and Android. The app will showcase The Collins Cup broadcast live and on-demand.

As well as the live broadcast, the app gives access to the PTOs content library including the newly launched Collins Cup Countdown shows hosted by Charlie Webster, with guest appearances from Collins Cup team captains. Beyond Human and Battle For Glory, two of the PTO’s flagship content offerings that go behind the scenes of the world’s greatest triathletes, are also available.

The Collins Cup player, which is now available to access via the Collins Cup website or to download across the Apple store and Google Play, will sit alongside an integrated live data feed which will be available on the day of the event on the August 28th.

The PTO’s own Collins Cup OTT content offering sits alongside multiple live broadcaster deals that have already been arranged by the PTO and IMG including an exclusive live deal in Europe with Discovery Eurosport, beIN SPORT, FujiTV, Sky Sport New Zealand and Fox Sports Australia. The PTO has also secured deals for a 1hr highlights programme with BT Sport in the UK, Tencent in China, SuperSport in South Africa, Astro in Malaysia, 3BBTV and TrueVision in Thailand and VEION and FPT in Vietnam. Further broadcast deals in Singapore, Canada, US and South America are to be announced in due course. 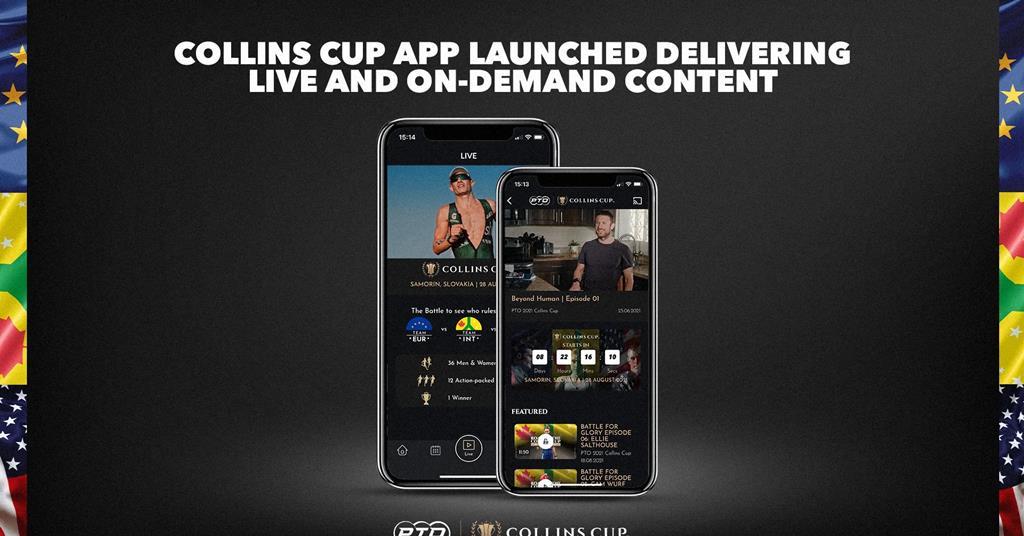 In total The Collins Cup will be distributed in more than 165 territories, with live commentary in 21 different languages, to a combined household reach of over 365 million.

Tim Godfrey, Chief Marketing Officer at PTO, said: “The Collins Cup is a watershed moment for the sport of triathlon so we wanted to showcase this moment live to as many people globally as possible. With the launch of The Collins Cup player and live data feed alongside groundbreaking broadcast deals brokered by us and our media rights partner IMG, this promises to be one of the most watched professional triathlon events ever.”