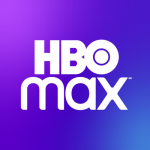 WarnerMedia has confirmed that is will launch its HBO Max streaming service in the Nordics and Spain this autumn, followed by Central and Eastern Europe and Portugal in 2022.

The anouncement was made by Priya Dogra, president at WarnerMedia EMEA and Asia (excluding China) and Christina Sulebakk, general manager at HBO Max EMEA at a Series Mania Forum keynote conversation in France on August 31st.

“Europe is a huge priority for us,” said Dogra. “We now have the US and Latin America under our belt, we feel very good about those successes there and the growth that we’re seeing.”

Sulebakk confirmed that, akin to other markets where the service is present, all of the WarnerMedia slate, including HBO, HBO Max originals, Warner Bros, DC and Cartoon Network would be available, in addition to third party content.

“So what you are going to see on the on the platform is a huge improvement from our current streaming services, that has a smaller scope of content slate today, to a much more broad and compelling offer that communicates broadly,” Sulebakk continued.

In a number of European markets HBO licenses its content to local pay-TV partners, such as its deal with Sky in the UK, which creates difficulty in launching the service in such territories. “It’s a complicated market, but an exciting one,” said Dogra.

After the initial launch into European territories, WarnerMedia plans to roll HBO Max out “in a staggered manner” across the rest of the world, added Dogra.

Currently, HBO Max is available in the US and in 39 territories across Latin America and the Caribbean, and boasts some 67.5 million subscribers.