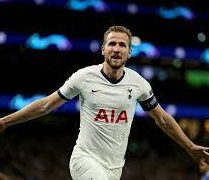 Sky has partnered with Tottenham Hotspur to host what they say will be the world’s first net zero carbon football game at an elite level.

The September 19th fixture between Spurs and Chelsea is supported by COP26 and the Premier League, and will be branded #GameZero, with the ambition of being net zero carbon. This is achieved when emissions are reduced as much as possible, with the remainder offset through natural projects that remove emissions from the atmosphere.

Sky, Spurs and the UK Government want the game to raise awareness of the threat of climate change and inspire football fans to make simple changes that will help reduce their carbon footprint.

Jonathan Licht, Managing Director, Sky Sports, said: “We’re proud to be working with COP26 and Tottenham Hotspur to make #GameZero the world’s first net zero carbon football match at the elite level. We hope that by using the power of sport, we can inspire and support football fans to make simple changes to reduce their carbon footprint and make more climate-friendly choices.”

Tottenham Hotspur Chairman, Daniel Levy, commented: “We are delighted to be the chosen partner of Sky on this ground-breaking initiative that will demonstrate the role our game can play in addressing the urgent issue of climate change. As the Premier League’s greenest club, Tottenham Hotspur is passionate about our planet – we look forward to showcasing our wide range of sustainable measures that are already in place and encouraging our fans to take simple actions that can make a huge difference.”

COP26 President-Designate, Alok Sharma, added: “Climate change affects every aspect of our lives, including the sports that we love to watch and play. We can all take steps to help protect the planet for future generations, including in major sporting events. That is why I am delighted COP26 is working with Sky, Tottenham Hotspur, Chelsea and the Premier League to show how football is going One Step Greener by hosting the world’s first major net zero football match.”

#GameZero will demonstrate the green steps that fans, the sporting world, and broadcasters can take to work towards a zero carbon future. Sky is a Principal Partner and Media Partner to COP26 and has committed to be net zero carbon by 2030, cutting its own emissions and those made by customers’ using its products, by 50 per cent over the next decade.

For the match to be net zero, Sky and Tottenham will work to minimise emissions from matchday activity such as energy used to power the game, travel to and from the stadium for both fans and clubs, and dietary choices at the stadium. Hundreds of individuals involved in the game – from Sky Sports’ producers to Spurs’ chef feeding fans and crew – are working to making #GameZero happen.

#GameZero will be played six weeks ahead of the UN’s COP26 Climate Change Conference, hosted by the UK Government in Glasgow, which brings together world leaders to accelerate global action to fight climate change. It will also form part of the UK Government’s Together for our Planet campaign which celebrates what individuals and organisations across the country are doing to go #OneStepGreener to protect the planet ahead of COP26.