Whip Media has surveyed TV viewers in Spain, France, Germany and Italy to gauge their thoughts on the EUs Audiovisual Media Services Directive (AVMSD) – where streaming services are required to devote at least a 30 per cent quota to European content. 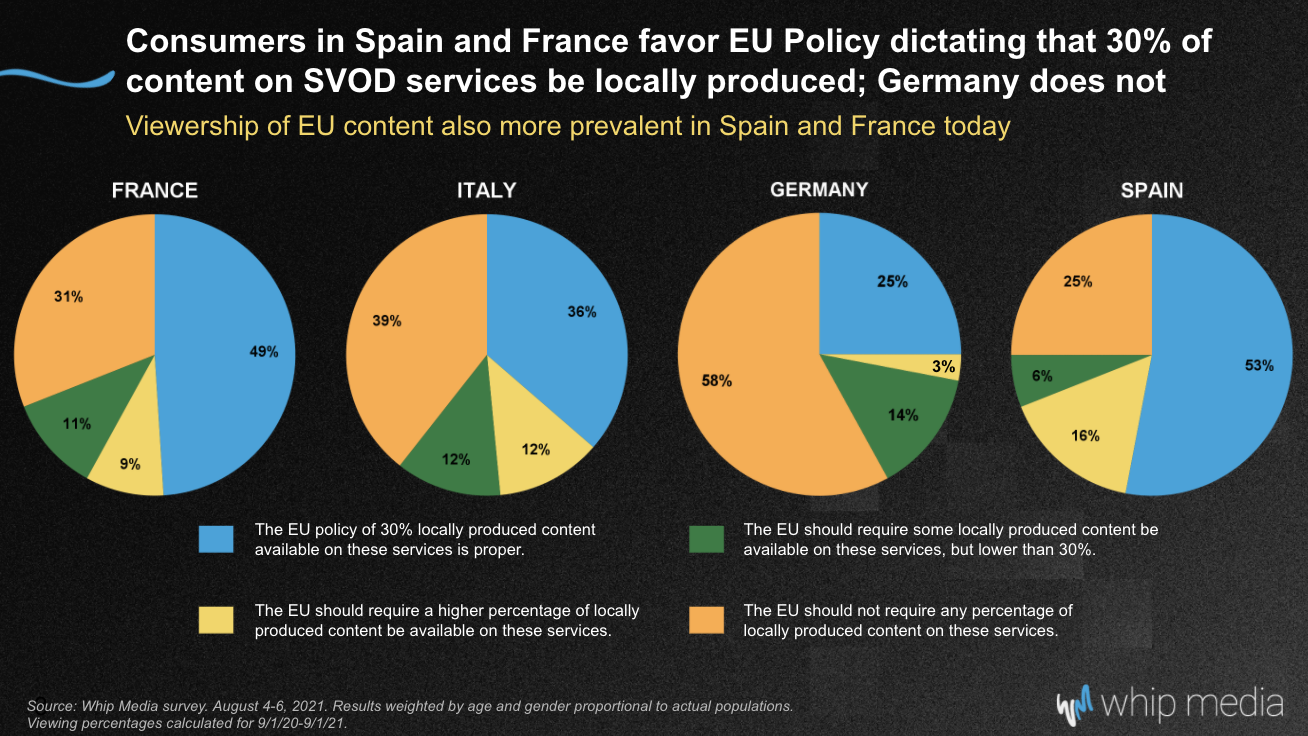 Whip also looked at the amount of European content consumed by viewers in these countries based on where it originated. The amount of EU content (including content from the UK, which is allowed by the policy) consumed by viewers in Spain and France (as a percentage of all content they watch), is higher than for Germany and Italy. Spain and France are the countries where viewers are more favorable to the Audiovisual Media Services Directive and their viewing behavior is in line with their preference for the policy.

Percentage Views to Programme Based on Origination:
EU content (including target country)

Methodology: The Whip Media survey was conducted August 4-6, 2021 among 4,831 respondents in Italy, 4,665 in France, 3,544 in Spain and 1,028 in Germany. Results are weighted by age and gender proportional to actual populations. Viewing percentages calculated for 9/1/20-9/1/21 are from Whip Medias proprietary panel of consumers who report what programs they are interested in and watch.