Hours before he was sacked in a reshuffle, former Media Minister John Whittingdale announced new measures which he said will protect the creation of British TV, and help public service broadcasters (PSBs) compete with the US streaming giants in the digital age.

In a keynote speech to the Royal Television Society Cambridge Convention, Whittingdale, a former Secretary of State at the Department, announced plans to expand the types of programmes the nation’s PSBs are required to produce and air to include ‘distinctively British’ content, citing titles such as Dr Who, Downton Abbey, Great British Bake Off and Top Gear.

The Media Minister also announced new plans to legislate to ensure PSB content is always carried and discoverable to UK audiences on connected devices and major online platforms – including smart TVs, set-top boxes and streaming sticks – as more and more viewers turn to them over traditional TV.

Proposals for these measures will be included in a Broadcasting White Paper to be published this autumn. 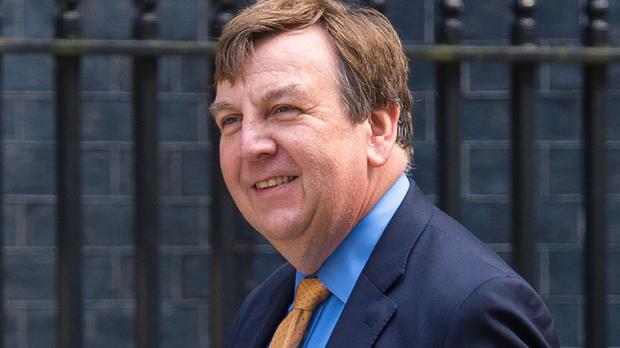 UK PSBs currently have requirements in their remits to broadcast ‘original’ content. This was previously considered sufficient to ensure their programming had a characteristically British dimension. However, the globalisation of broadcasting means that more of the content consumed in britain is set in non-specific locations or outside the UK, with an international cast, communicating in US English. This risks TV made in the UK becoming indistinguishable from that produced elsewhere and less relevant for UK audiences, warned Whittingdale, as well as minimising its proven soft power abroad.

Ministers are therefore considering adding to the definition of ‘original productions’ and making the focus of the PSB system more explicit on content that contributes to British culture and allows UK audiences to see  their own way of life and representations of themselves reflected on TV.

In his speech, Whittingdale said: “Global investment is extremely welcome – but I want to make sure it doesn’t water down British creativity or the British brand. Public service broadcasters have a unique role and I want them to continue producing shows that allow people in every corner of the UK to see their lives reflected on screen, and that showcase the things we are most proud of to the rest of the world. To make programmes that are iconic, not generic. So in our upcoming White Paper, I intend to include proposals that will expand the remit of public service broadcasters, so that it includes a requirement for them to produce ‘distinctively British’ content. If it’s set in Britain and made in Britain by our public service broadcasters, then it should be distinctively British.”

Details will be set out in the White Paper, but it could mean Ofcom issuing genre-specific guidance for PSBs against which to measure their programmes, requirements to use predominantly British talent or greater priority being given to national sporting and cultural ‘moments’ that bring people together, such as Emma Raducanu’s stunning US Open victory.

Current ‘prominence’ rules state that the PSBs must be listed in the first five slots in electronic programme guides on TV sets. However these rules do not extend to TV guides and other user interfaces within online TV platforms.

Ministers will update the rules so that PSB content is legally required to be carried across popular online TV platforms including Smart TVs, pay TV services, streaming sticks and set top boxes.

The PSB on-demand services (e.g. BBC iPlayer, ITV Hub, All 4 and My5 and regional services like S4C’s Clic and STV Player) will also need to be easily findable on platform user interfaces such as homepages.

Whittingdale added: “I want to ensure British broadcasters get the exposure they deserve – no matter how their content is consumed. Public service broadcasters have been part of our national life for almost a century, and are uniquely placed to reflect our values. It’s incredibly important that they keep their place at the heart of television.  That’s why we plan to legislate as soon as possible, and make it a legal requirement that major online platforms must carry PSB content, and that they must ensure it’s easy to find.”

More detail will be set out in the White Paper – building on recommendations from Ofcom – for a principles-based approach to prominence which is proportionate and adaptable for the future. This will likely mean a role for Ofcom to develop guidance and have the necessary enforcement powers.

Commenting on the new outlines, Carolyn McCall, Chief Executive of ITV, said: “ITV is proud to play a key role as a PSB helping to inform and entertain the whole UK every day on TV and online. Increasingly, as people watch TV online it’s going to be more and more critical that they can easily find content from PSB providers on the online platforms they use, and that commercial PSBs like ITV and Channel 4 are able to make a fair return on that content.  This will not be the market outcome in a world of a few global platforms so we welcome the government’s decision to update the rules for the online era.”