In a new campaign from UK IP intellectual property protection body FACT, TV presenter and former Premier League footballer Jimmy Bullard has been given a first-hand insight into some of the risks lurking behind illegal streams, from viruses and malware deliberately designed to infect your devices, to full-scale identity theft caused by the sharing of personal information such as email addresses and credit card details.

The campaign, which features Bullard and cyber security expert Jamie Woodruff, will come as a wake-up call to anyone tempted to illegally stream, as new research reveals that almost half of respondents (47 per cent) in the UK say that they have shared or would be willing to share their personal email address to gain access to illicit streams.

Bullard’s experience with Woodruff shines a light on just how risky illegal streaming is, with Woodruff explaining how sites are set up to scam, infect devices and deliver terrifying attacks. He also demonstrates how easy it is for someone’s identity to be compromised through illegal streaming, whether the sites and apps are free or require payment. 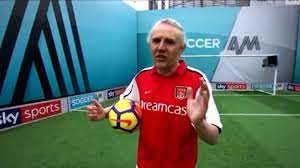 The research, commissioned by FACT, found that the majority (64 per cent) of respondents believe that they would be putting their personal information at risk by illegally streaming. And they’d be right to worry, with one in three (33 per cent) admitting they have experienced fraud, been hacked or have been exposed to online scams as a result of illegal streaming. Almost a quarter (23 per cent) of respondents have also received a request for personal information while streaming.

Bullard is also shown the scale of extreme and explicit pop-ups which bombard users of the sites, which would come as a concern to any parents tempted by illegal streaming.

“You hear that there are lots of problems with dodgy streaming sites, but I had no idea just how serious it was,” admitted Bullard. “I was pretty shocked at how these sites work, and by how much trouble someone could land themselves in using them.”

“As someone who’s been targeted by online hackers before, it’s frightening what can happen if your details get into the wrong hands. My main takeaway for anyone watching these streams is that if it looks too good to be true, it probably is,” he added.

“European football content accounts for over a quarter of all illicit streaming sites online,” noted Woodruff. “This means that football fans in particular are putting themselves at risk of everything from viruses and malware to stolen personal information.

“The truth is that while these sites may look harmless, the criminals behind them and the danger they pose are not. Even the simplest of illicit sites will regularly record your IP address, track your location, and even use your device to farm for crypto currency. There have even been occasions where connected devices such as webcams have been unknowingly hacked, due to users downloading fake web players that install malware on their machine,” he warned.

“It’s really important that people know the serious nature of the risks they’re exposing themselves to if they choose to view content illegally,” declared Kieron Sharp, CEO of FACT. “Identity theft, fraud and exposure to malware and viruses as a result of piracy are all too real, as Jimmy discovered. Anyone considering turning to illegal content should think twice about whether it’s really worth it – what appears to be free could come with a very high cost,” he advised.