Moley premieres on Boomerang on Oct 4

The stars were out in London’s iconic Leicester Square on September 25th for the red-carpet premiere of new children’s animation Moley, which starts on Boomerang on October 4th. 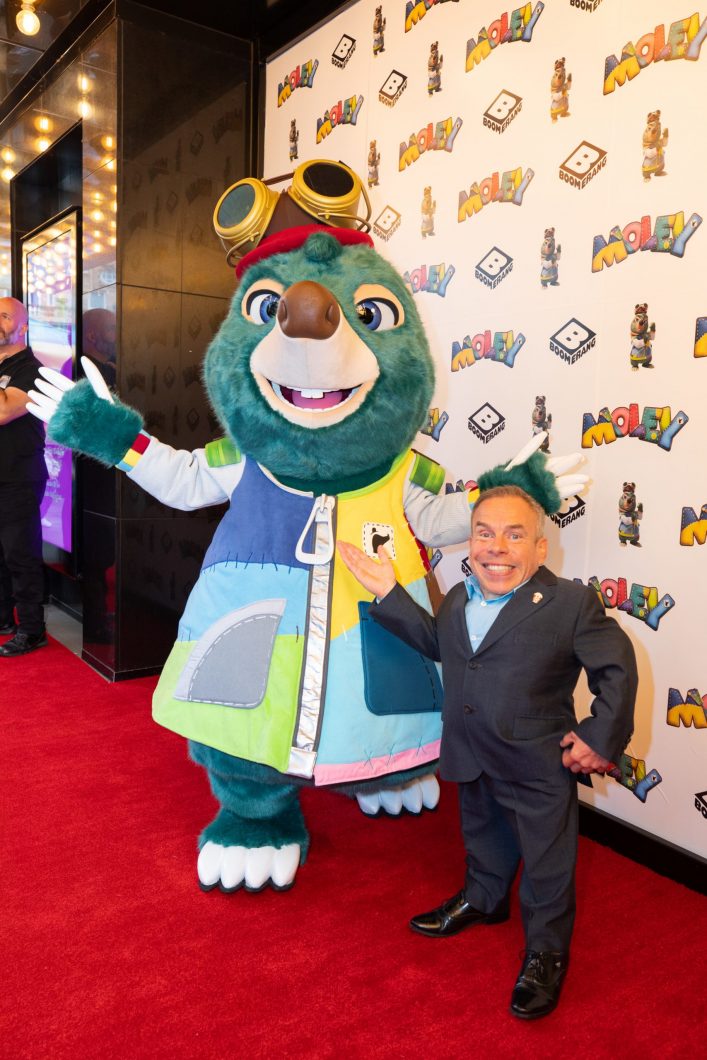 Featuring an all-star, award-winning cast, including Warwick Davis, Jessica Henwick, Stanley Tucci, Gemma Arterton, Julie Walters, Richard E. Grant, Charles Dance and Togo Igawa, and with a mountain of charm, Moley is a lively animated comedy series for children and families of all ages. It follows the underground adventures of a charmingly optimistic young mole, Moley and other brilliant burrowers. As the keeper of The Mystical Manual of Magic — known more affectionately as “Manny,” Moley is forever embarking on comedic, zany, Moletastic and thrilling magical adventures which are filled with heart, to help the citizens of the bustling city of MoleTown.

Moley was created by James Reatchlous, who had imagined the adventures of Moley as bedtime stories for his daughters, which he chronicled in his journals.  Years later, when he was in hospital with stage four lymphoma his daughters brought in his journals so he could re-read the stories to lift his spirits.  James cites that experience as helping his recovery and embarked on a journey to bring Moley to the world.