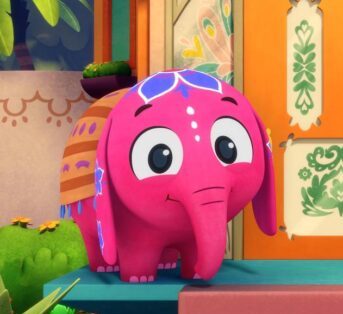 In a blog post, Heather Tilert, Head of Preschool at Netflix, said: “From sparking curiosity with Ada Twist, Scientist to singing nursery rhymes with CoComelon, we’re creating preschool series for our youngest viewers and their families in over 190 countries to invite them to play, laugh, and learn with us. And we want to tell more stories with world class creators to reach young viewers everywhere. Today we’re excited to announce Ridley Jones and Ada Twist, Scientist have been renewed for a second season and we’ve added four new shows to our lineup with Action Pack, Big Tree City, The Creature Cases and Deepa and Anoop.”

Action Pack (January 2022) is a preschool superhero adventure series from OddBot Inc. The Action Pack is a group of heroic kids — Treena, Watts, Wren and Clay — who use their super powers as they take on the biggest threats in Hope Springs, implement the lessons taught by Mr. Ernesto at the Action Academy, and fulfill their ultimate mission of bringing out the good in everything. The series is animated by ICON Creative Studios.

The Creature Cases (Spring 2022) an animated action-comedy series, follows the adventures of Sam Snow and Kit Casey, agents of CLADE: the Covert League of Animal Detective Experts. In a world populated exclusively by animals, these brilliant sleuths travel the globe solving mind-boggling mysteries that mix real zoological facts with detective action. The series is produced by Silvergate Media and animated by TeamTO.

Deepa & Anoop (2022) is an all-new, animated preschool series from Mattel Television that follows the adventures of fun-loving seven-year-old Deepa and her best friend, Anoop (pictured) a color-changing elephant, at Deepa’s family’s bed and breakfast, Mango Manor.