Last year Eutelsat released its Sat.tv set-top box in the MENA region. The idea was to make it easy for viewers to arrange the hundreds of free-to-view channels available into simple to use menu options complete with channel logos and images.

Most pay-TV operators have been doing this for years, but in the MENA market – which is dominated by free-to-air channels – the viewing choices are scattered through almost 1000 channels and with little logic in their location.

Eutelsat has taken on extra staff to handle liaison with electronics retailers throughout the region and to help alert broadcasters to the benefits of the new set-top box.

Robert Lakos, a Dubai-based consultant who has been advising Eutelsat during the project says there have been challenges especially over the past few months. 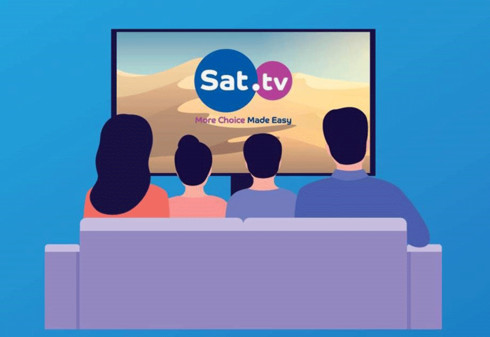 “Covid triggered two semi-related crisis that have rocked STB supply chains into MENA. The first crisis was the chip shortage which has been felt in many industries. This hit all FTA STBs severely starting in February. Prices shot up on chips and other components and many Asian suppliers put production and delivery on hold. As of right now the ex-factory costs on new production of FTA STBs — those with Sat.tv as well as the non-Sat.tv boxes — has increased roughly +25 per cent — this has been a huge shock to an ecosystem that has gotten used to factory costs always going down, never up,” said Lakos.

Lakos says that crisis No 2 is the cost of freight, commenting: “Sending a container carrying upwards of 10,000 STBs from China to Dubai used to cost $2,000. Today that same container costs upwards of $8,000. Delivery to other MENA destinations like Morocco or Egypt has gone up even more. Bear in mind that FTA STBs typically cost around $6 – $8 each so the increase in freight adds an additional 10 percent to landed cost of each unit. Coming on top of the chip crisis this has made it a challenging year for the STB supply chains.”